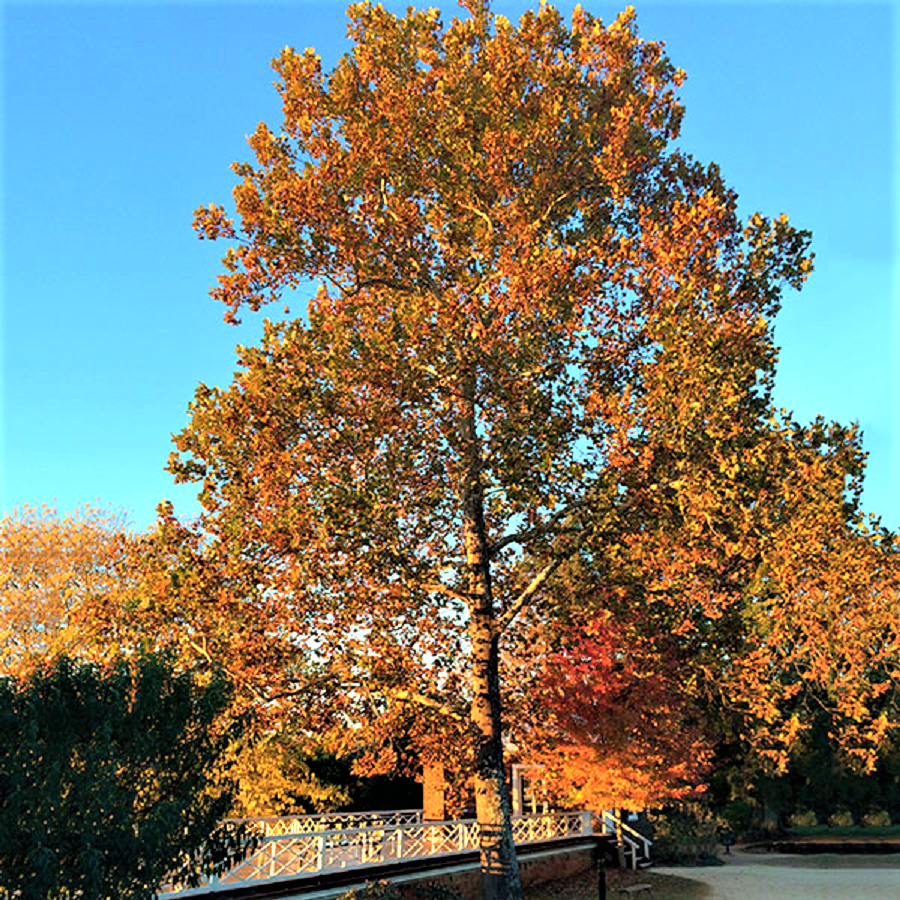 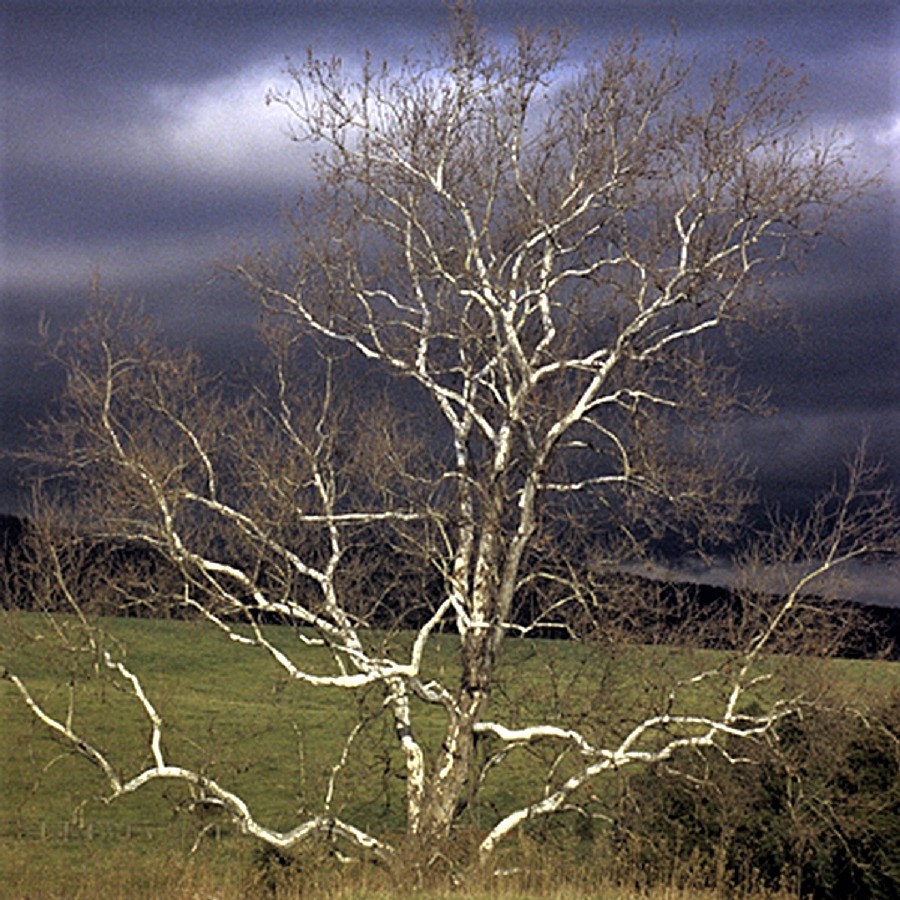 Recorded as early as 1636, this fast-growing, long-lived giant of eastern North American forests is often found in lowlands and along waterways, where its gleaming white bark is easily identifiable in the winter landscape. Also called Buttonwood, this native tree was offered in the 1783 Catalogue from Philadelphia’s Bartram garden and nursery. Thomas Jefferson listed the “Plane-tree” as an Ornamental native plant in his Notes on the State of Virginia (1781), and sent seeds to his French friend, Madame de Tessé in 1805, saying “a noble tree for shade, of fine form, its bark of a paper-white when old, and of very quick growth.”