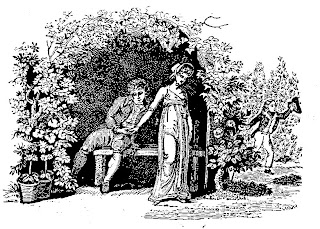 In landscape terminology, an alcove usually refers to a recess in a garden or pleasure ground, originally in the wall surrounding the garden; but in the late 18th-century, when protective brick & stone walls were used less, the term often referred to any covered retreat standing in a garden like a bower or summerhouse.

Alcoves provided protection from the sun in summer months, and shelter from winds while allowing the sun to shine through in colder weather. Placement of an alcove gave visual & structural definition to the garden. Their situation was often used to give a pleasing view of the garden or the surrounding landscape. And, an alcove provided a private resting place for reading or courting.

Sometimes hedges would be shaped into alcoves to frame statues or garden seats or tables for outdoor dining or small flower beds. The shapes of alcoves occasionally would echo architectural features of the house or nearby structures. Alcoves could accentuate a plant, or a statue, or a garden pond, as well as provide shelter for the garden owners & their guests.

In early America there are many references to vine & leaf-covered alcoves, but most of those are in England or in the minds of poets and fiction writers. Early in the 18th-century, English garden alcoves are referred to in Joseph Addison's Rosamond an Opera in 1707.  There are several visual references to garden alcoves in stone walls in colonial & early American paintings. The 1766 William Williams (American Colonial Era artist, 1727-1791) painting of Deborah Richmond which is in the Brooklyn Museum of Art, depicts Deborah in front of a curved stone wall with statues in alcoves. 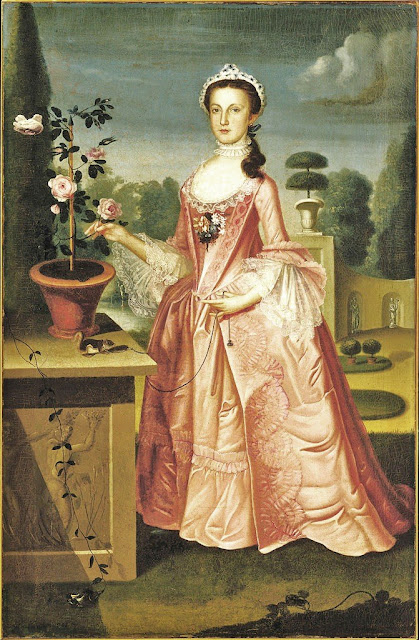 The Henry Benbridge (American Colonial Era painter, 1743-1812) painting of 1779 representing the Enoch Edwards Family at the Philadelphia Museum of Art depicts the family gathered around a garden alcove. It is not clear whether these paintings are actual representations of American colonial surroundings or whether the backgrounds were adapted from earlier English paintings or prints. 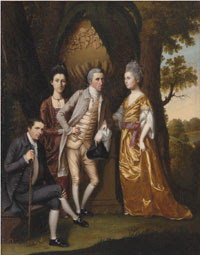 The first written reference I can find to alcoves actually existing in American gardens appears in the summer of 1772, The South Carolina Gazette and Country Journal reported, "In a Garden belonging to Mr. TYERS... is a Walk terminated by a beautiful Alcove...In which are two elegantly carved Pedestals, on which are placed a Gentleman and Lady's Scull." 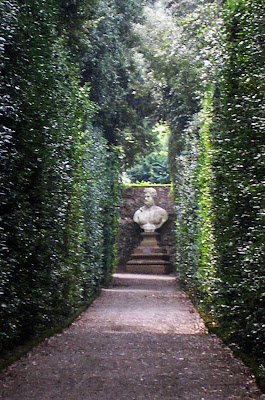 "The same newspaper carried an ode to spring in 1774, "The verdant foliage of the shady grove Attracts the enraptur'd mind with new delight; The thousand beauties of yon sweet alcove, Where gentle zephyrs wing their airy flight." 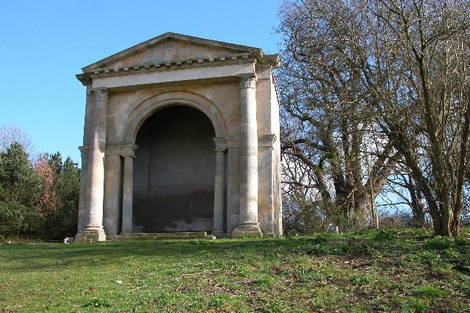 In 1789, Johann Wolfgang von Goethe described waking in an alcove in The Sorrows of Werter: a German Story. "The dense vapours of the early morn conceal yon verdant valley from my sight; and now the rising fun exhales the glittering dew, and plays upon the thick foliage that o'er-canopies my head; while here and there some feeble rays pierce through my favourite alcove, chequering the gloomy shade with glimmering light." 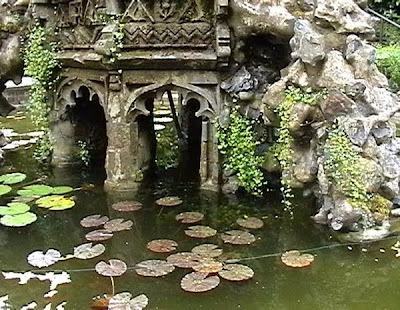 In 1794, when visitor Henry Wansey noted that at Gray's Gardens, a public pleasure garden in Philadelphia, in 1794, "The ground has every advantage of hill and dale, for being laid out in great variety; and it is neatly decorated with arbours, shady walks, etc." 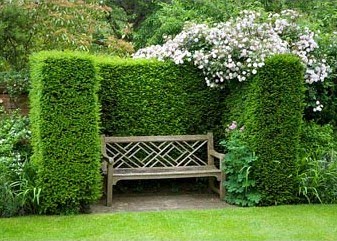 In 1801, in Wilmington, North Carolina, Eliza Clitherall recorded that "The Gardens were large...There was alcoves and summer houses at the termination of each walk, seats under trees in the more shady recesses of the Big Garden." 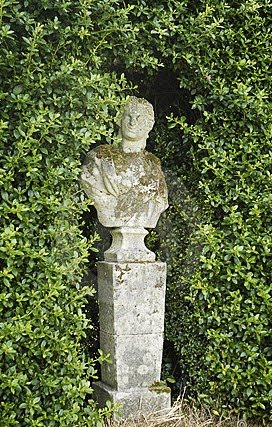 Statue in a clipped hedge alcove

In James Anderson's 1801 Recreations in Agriculture, Natural-history, Arts, and Miscellaneous Literature he describes his alcove "I have in my garden a summer-seat that fronts the east, with an opening nine feet in width. It is covered above with a sloping roof, which slants towards the opening, so that the light comes full upon the lower part of it, though it rises in the front part between two and three feet above the top of the opening. The whole is covered with a (grape) vine; and, thinking that the vine-leaves would make a lively and rural appearance if spread along the roof, I introduced some shoots into it for that purpose. These grew very well, and made tolerably vigorous shoots, especially towards the lower part, where it is most exposed to the light. But although there were some bunches of grapes upon the shoots of the first year, yet they all proved abortive, a very few berries only having set, and these soon fell off. The vine has been cut and trained in this kind of alcove for three years, but has never since showed the smallest rudiment of fruit on any part." 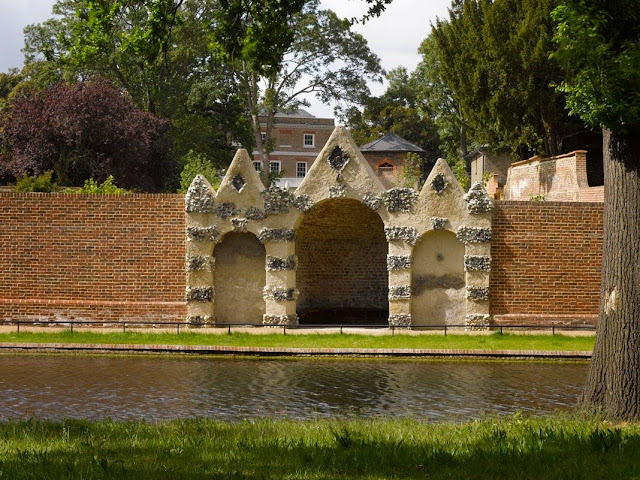 English writer John Claudius Loudon tells a melancholy tale of an alcove in his 1806 Treatise on Forming, Improving, and Managing Country Residences, "Soon after this, he quietly expires on a seat in the Saxon alcove at the end of the western terrace, where in an evening of September he had sat down with his family to admire the splendour of the sky, the gloom of the distant mountains, the reflection of the evening sun, and the lengthened shadow of the islands upon the still expanse of the lake." 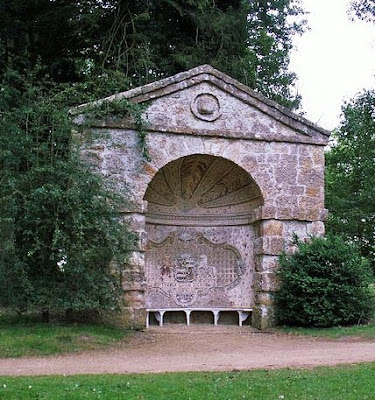 Fiction writers use the secretive, vine-covered alcove for mystery and romance. Englishman John Perry writes in The New London Gleaner in 1809, "We entered a small garden ; a little paradise of neatness and taste.—" Hush !" cried the father, approaching a verdant alcove, canopied with the trembling foliage of the vine, enwreathed with woodbine." 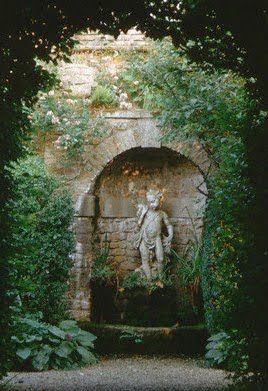 Statue in a stone alcove

The Literay Gazette in London carried a story by John Mounteney Jephson in 1820, "With a palpitating heart, he went to the gate which led to the garden where the musical party were sitting, in an alcove covered with vines...when he entered the alcove, it was so obscured by the umbrageous leaves of vines, with which it was covered, that the faces of the company could not be easily distinguished." 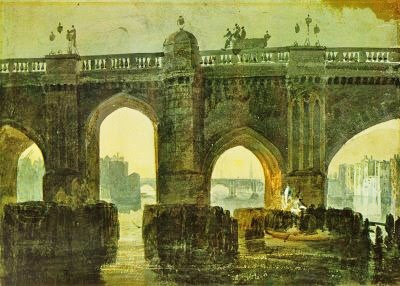 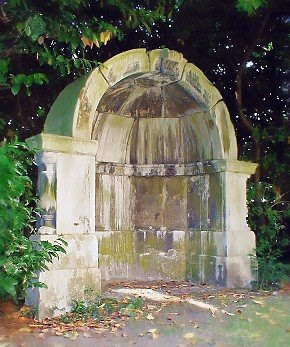 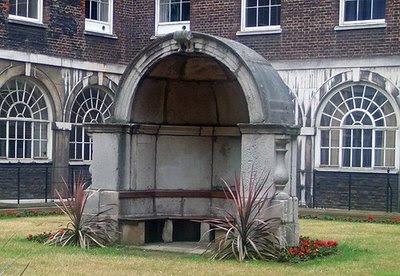 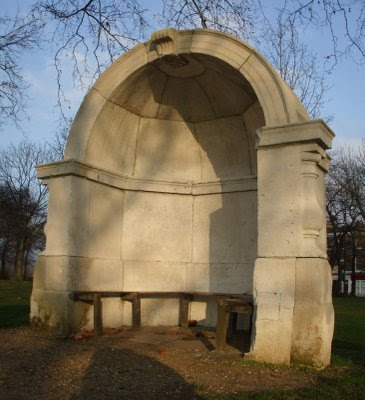 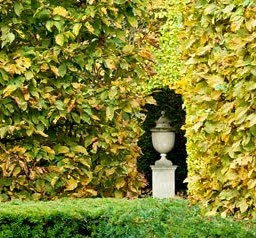 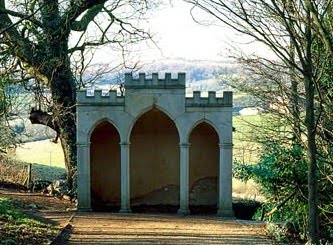 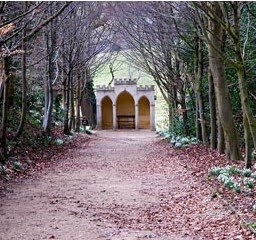 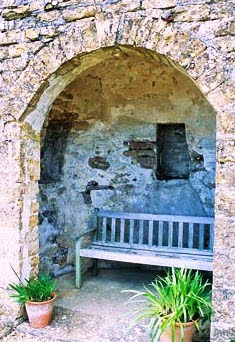 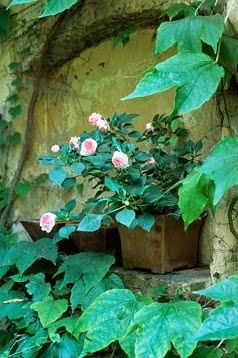 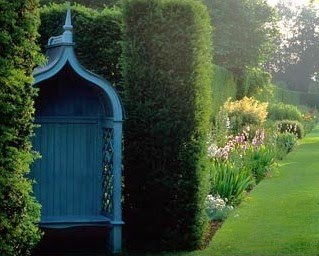 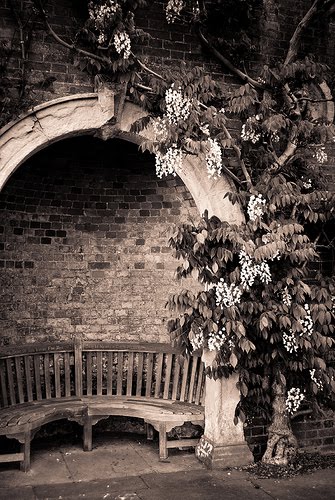 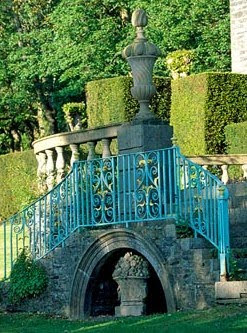 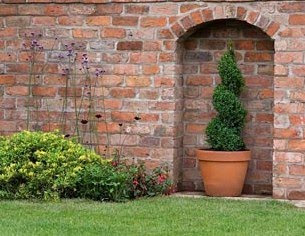 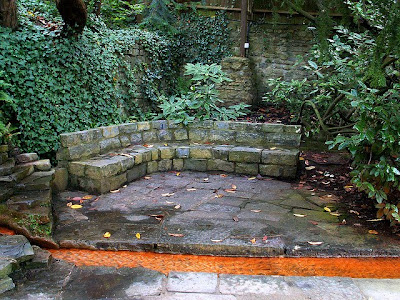 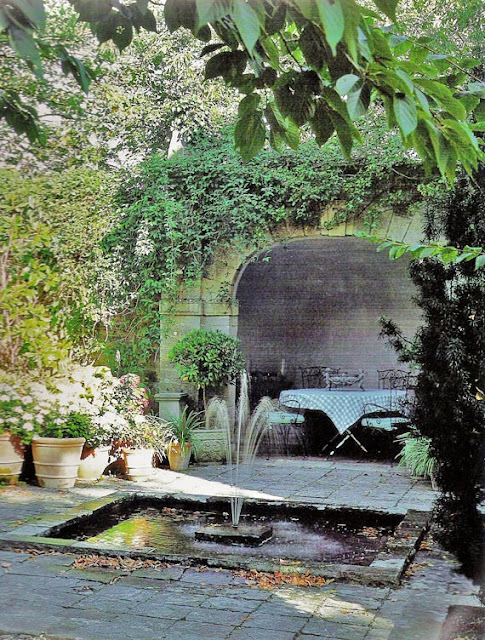