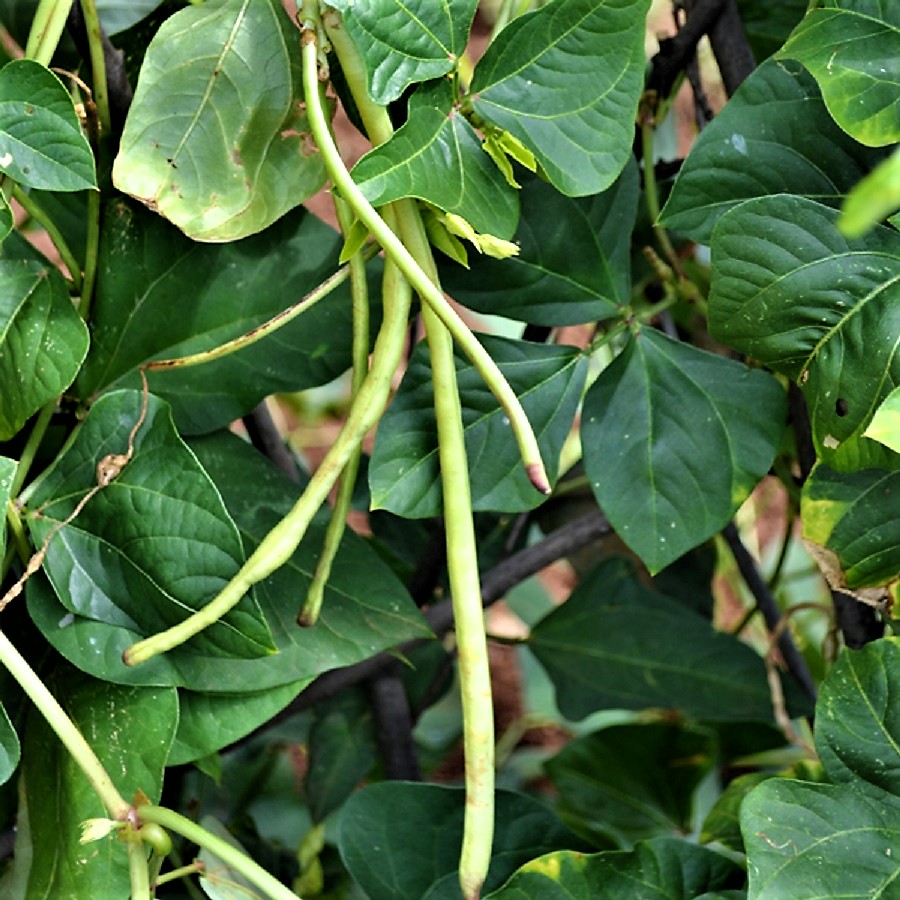 The Asparagus Bean, botanically similar to the black-eyed pea, is a Southern Asia native described by Linnaeus in 1763. First planted at Monticello in 1809, Jefferson wrote his son-in-law, John Wayles Eppes: “It is a very valuable [vegetable], much more tender and delicate than the snap [bean], and may be dressed in any form in which Asparagus may, particularly fried in batter, or chopped to the size of the garden pea, and dressed…in the French way.” Also called yardlong and Chinese long bean, this species is typically harvested when 12-15” but can also be used as a dried bean.