Those Pesky Garden Squirrels as Emblems or Pets in Early America 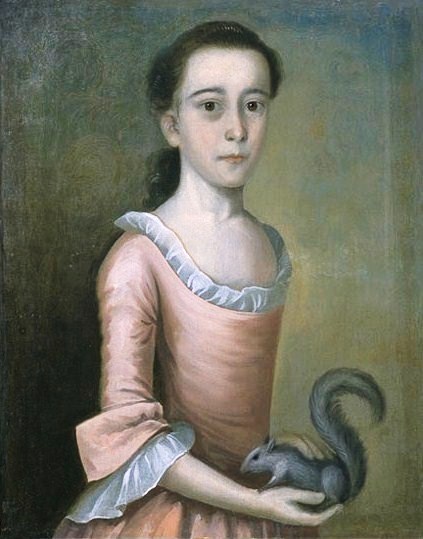 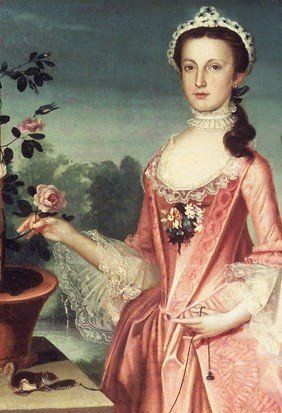 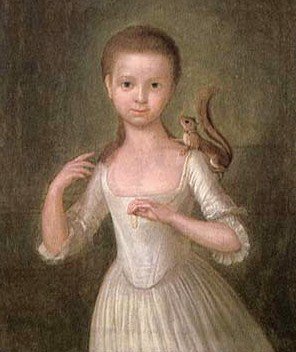 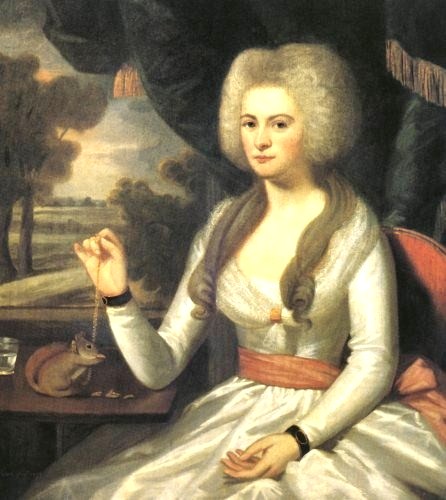 Besides being obsessed with squirrels attacking my bird-feeders at the moment, I am curious about animals appearing in paintings with 18th century Americans. Are they real? Or are they just an emblems symbolizing some quality trait of their owners?

About those squirrels. Reliable art historians Roland E. Fleischer, Ellen Miles, Deborah Chotner, & Julie Aronson suggest that these squirrels are not real. They are either copied from emblem books such as Emblems for the Improvement and Entertainment of Youth published in London in 1755, or from English prints. The latter theory is supported by the fact that some of the squirrels depicted in the paintings are composites of squirrels found in both America and England. 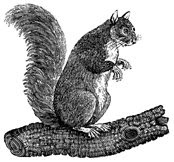 The 1755 emblem book describes the meaning of the emblem, "A Squirrel taking the Meat out of a Chestnut. Not without Trouble. An Emblem that Nothing that's worth having can be obtained without Trouble and Difficulty" All right, we all know that patience is a virtue, but is there more than meets the eye here, or perhaps less?

In the 19th century New American Cyclopaedia the squirrel is examined in detail. "The cat squirrel, the fox squirrel of the middle states, is...found chiefly in the middle states, rarely in southern New England; it is rather a slow climber, and of inactive habits; it becomes very fat in autumn, when its flesh is excellent, bringing in the New York market 3 times the price of that of the common gray squirrel...They are easily domesticated, and gentle in confinement, and are often kept as pets in wheel cages... The red or Hudson's bay squirrel...is less gentle and less easily tamed than the gray squirrel 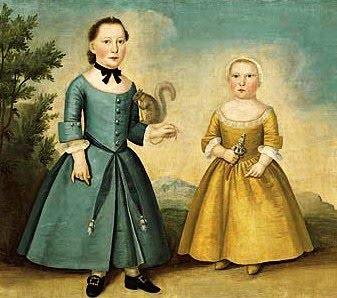 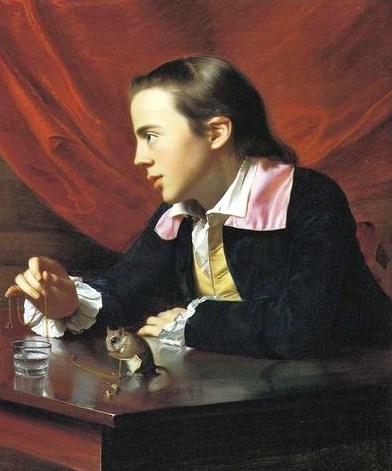 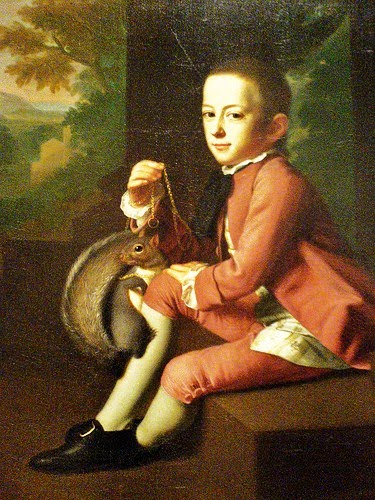