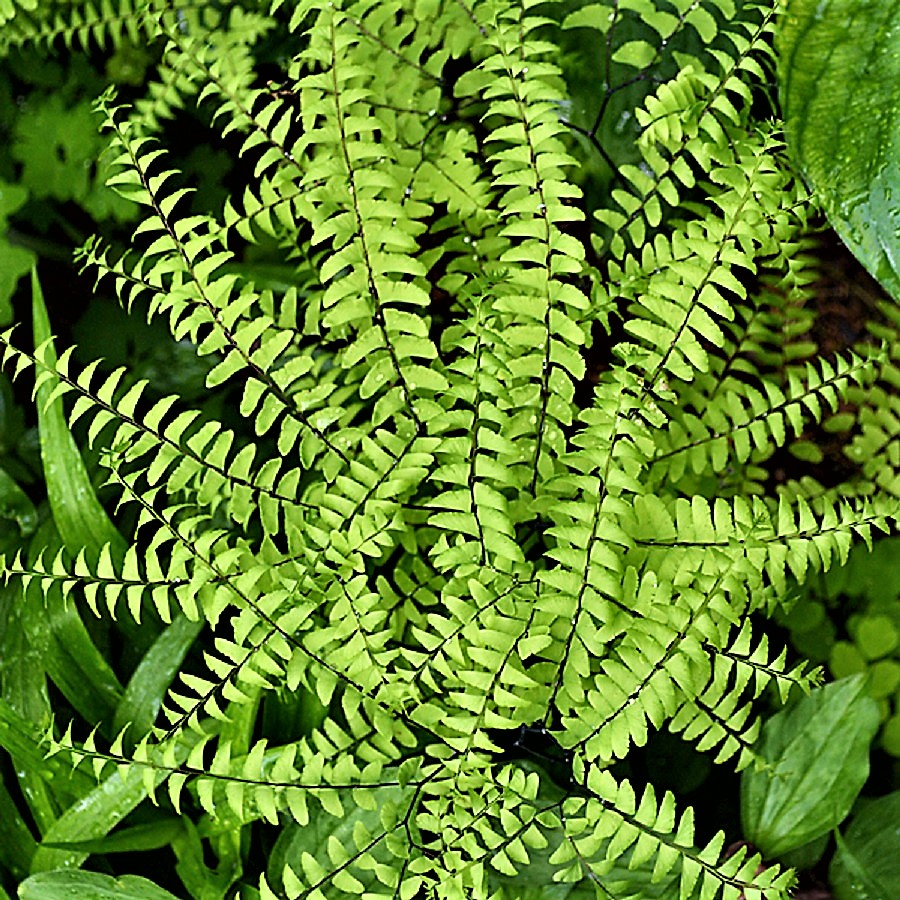 This North American species is native from Nova Scotia to British Columbia and south to Georgia and Arkansas. Although delicate in appearance, this beautiful fern transplants easily and spreads quickly to create a voluminous, soft green ground cover. The Swedish naturalist Peter Kalm observed in Travels in North America (1753) that "the English in their plantations call it 'maiden hair'; it grows in all their North American colonies." The fronds were considered superior to European species for use in surgery and large quantities were shipped to France during the late 18th century.