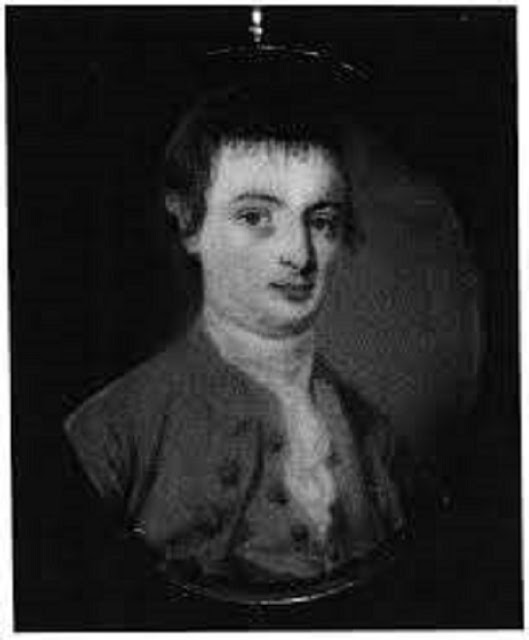 Joseph Prentis (1754-1809) was a Virginia politician who loved to garden. He represented Williamsburg in the Virginia House of Delegates, and served as that body's Speaker from 1786 until 1788.

January
In the beginning of this month, if the weather is open, sow Almans Hotspur Pease, Hotspur Beans or the long podded Bean;
In frost weather break the dead wood, from your Raspberry Bushes, and get in Dung,

February
The first of this month, sow Ormans Master Hotspur, Charltons Hot Spur and Marrow fat Peas, and plant Windsor Beans, Flip Currant and Gooseberry Bushes, and set out the flips.
On the day that the Moon fulls, sow Onions and throw Lettuce, and Rhadish with your Onions.
In the Decrease of the Moon, sow carrots, Parsnips, Spinach, Parseley, Celery, Garden Crefses white Mustard, Cabbage and Colworts.
In the Middle of this Month plant out Cabbages and Colworts, In the last week set out flips of Box.
This is too early for Carrots they will many of them go to seed, ---even if sowed in February. About the 12 or 15 of March I think the best time for sowing Carrots and Parsnips.

March
Sow all kinds of Peas and Beans, and all forts of feeds. Plant Broad and French Beans, set out Cabbages and Colworts, the flips of Raspberries and Currants, and Gooseberries,
Thyme, fage Baum, Winter favory HySsop, Featherfew Rue, Wormwood, Pot Marjoram, Mint, Tansey, Lavender, Burnett, Scellendine, and Rosemary.
After a rain plnat out Cucumber feed.
Set out Asparagus as follows,
Dig a trench as wide as you intend your beds to be, and two feed deep, lay a layer of Oyster Shells, six Inches, then lay on Six Inches of Horse Dung, and as much Mould, continue so to do, till the Bed is done. Take your Roots raised from feed, and set them out in Rows, a foot Wide let there be a space of about a foot between each Row.

April
The first of this Month sow, your last Crop of Peas; plant French Beans; Spade up your Artichoak Bed and flip the Plants; leaving two of the Strongest in a Hill.
Sow Cabbage, Lettuce, Rhadish, White Mustard and Cresses Seeds.
Plant our your Cabbages. Sow Colliflower Seed Celery, Cresses, Nasturian Lettuce. Salsafy early in the Month.

June
Plant Cucumbers and Broad Beans---or french Beans.
About the Middle of this Month sow Brocoli Seed. Sow Cabbages, also Rhadishes twice, transplant your Cabbages, prick out Colliflowers, and Brocoli. Draw up all your Weeds by the Roots.

July
The first of this month plant out Cabbages, and Celery; observing to Water to Ground if it is dry.
About the middle of this Month plant Colliflowers 3 ½ feet distances in very rich Ground. The last of this month sow Carrots and Peas. Transplant your Brocoli to stand, take up your onions. Sow Turnep Seed, plant Kidney Beans.

August
Sow Onion Seed, the first day of this Month with Rhadish and Lettuce, also Garden Cresses and White Mustard, Carrots may now be sown.
12th August, Sow peas for the Fall, about the same time sow Spinach, Turneps, Rhadishes.

September
The first of this Month sow Colliflower and Cabbage Seed, and also some Rhadish. After the full of the Moon, sow Spinage. The last of this Month, take your Colliflowers, and plnat them on Beds, to stand till November. This will prevent their flowering.
About the 10th sow your Colliflower Seed, plant cuttings of Currants, also of Gooseberrys, plant layers of Raspberries, plant out Strawberries dress your Strawberry Borders.

October
Dung your Ground, in order to plant Cabbages set them out on Beds to prevent the Waters standing. Dress your Borders.
20th transplant your Colliflowers, Last of this Month cut down your Asparagus and cover the Beds well with Manure.

November
In the beginning of this Month lay up the Earth to your artichokes, and fill the space between with Horse Dung, and Litter.
The first Week in this Month, plant out your Colliflowers as follows; Prepare your Ground as for as Hot Bed, then dig a trench Spade Deep; and two feed and a half Wide, make holes at convenient distances, set five Plants in each hole, put your Glasses on, raise them on the South side, when it is warm; plant out three of these plants in the first week in March.
During this month cut your asparagus close to the Ground, cover the Beds, with Horse Dung, then throw the Earth, out of the Vallies over the Horse Dung. Fork them up in March, and fill the allies again from the Beds.
Plant every thing of the Tree or Shrub kind. Prune your Trees and Vines. Take up your Colliflowers, if flowered, and House them.

December
The first of this Month, take up your Carrots, cut the tops off; and put them in a hole. When the Frost has bit your Parsnips; dispose of them in the same Manner.
If the weather be open, about the 20th of this Month, sow Almans Hotspur Peas, when they come up, earth them up to the Tops, don’t cover them.
Cover your Celery and every thing else that can be destroyed by the Frost.
at 4:00 AM