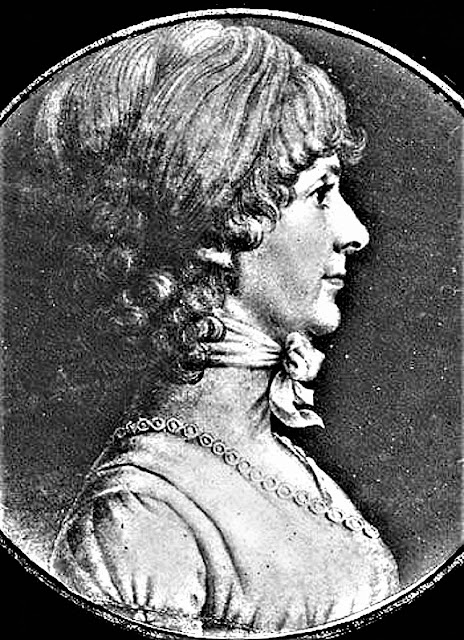 Mary Randolph was born in Virginia, the daughter of Anne Cary and Thomas Mann Randolph, a legislator and wealthy plantation owner. Her tombstone lists Ampthill, her mother's family home near Richmond, as her birthplace, though some genealogists believe she may have been born at her father's plantation called "Tuckahoe," in Goochland County. The oldest of thirteen children, "Molly," as she was called, grew up among southern aristocracy. Her father (1741 - 1793), orphaned at infancy, was raised by Thomas Jefferson's parents; the Randolphs were distant cousins of the Jeffersons, and the families saw each other often. Her father served Virginia in the colonial house of burgesses, the Revolutionary conventions of 1775 and 1776, and later in the state legislature. Her mother was the daughter of Archibald Cary, plantation owner and statesman. Her brother, Thomas Mann Randolph, became a Congressman and governor of Virginia and married Martha Jefferson, daughter of Thomas Jefferson.

Mary Randolph's education consisted of reading, writing, arithmetic, training in the household arts, and lessons in dancing, music, and drawing. In December 1780, at age eighteen, Randolph was married to a first cousin once removed named David Meade Randolph (1760 - 1830), a revolutionary war officer and tobacco planter. They settled at Randolph's James River plantation called "Presqu'Ile" in Chesterfield County, and the couple had eight children, four of whom lived to adulthood. Around 1795 President George Washington appointed David Randolph the U.S. marshal of Virginia (a federal court official), and the couple moved to Richmond. There, at the turn of the century, the Randolphs built Moldavia, an elegant residence named after the two of them. They held sparkling social gatherings that quickly made Mary Randolph a celebrated hostess, known for her well-set table and her knowledge of cooking. David Randolph, however, was a champion of Federalism and an open critic of Thomas Jefferson. President Jefferson removed Randolph from his post in 1801, and the Randolph family was forced to sell Moldavia and many of their plantation lands as a result of their declining fortunes.

Eventually, in 1807, Mary Randolph opened a tasteful boardinghouse in Richmond to supplement their income. At the time, boardinghouses were particularly popular in cities, where large numbers of workers and visitors were in need of meals and lodging. Restaurants barely existed at the time. Randolph's boardinghouse was known as "the Queen," after the name her boarders gave her. It was one of the most popular places in Richmond. As chronicler Samuel Mordecai attests in 1856, "There were few more festive boards . . .Wit, humor and good-fellowship prevailed, but excess rarely." They closed the boardinghouse in 1820 and moved to Washington D.C. In 1824, just four years before her death, Randolph published her one and only cookbook, The Virginia Housewife. She writes in the Preface:

The greater part of the following receipts have been written from memory, where they were impressed by long continued practice. Should they prove serviceable to the young inexperienced housekeeper, it will add greatly to that gratification which an extensive circulation of the work will be likely to confer.

Randolph's hope for success was fully realized. A second edition was published in 1825, and it was often republished - in Baltimore in 1831 and 1838, in Philadelphia in 1850, and at least nineteen editions before the outbreak of the Civil War. Replacing English cookbooks which until then were the standard in America, The Virginia Housewife became the most influential American cookbook of the nineteenth century. Practical and specific in weights and measures, it was simpler to follow than English cookbooks. Broad in its range of recipes, it called on the bounty of Virginia's pastures, fields, waterways and woods, revealing the remarkable variety of fruits, vegetables, herbs, berries, meats, wild game and fish of that place and time, matched only by the author's remarkably varied and masterful methods of preparation. Not surprisingly, the book's regional emphasis made it especially popular in the South, where every Virginia housewife, according to a later writer, Letitia Burwell, "knew how to compound all the various dishes in Mrs. Randolph's cookery book."

Mary Randolph lived for less than four years after the first publication of her cookbook. She was caring for an invalid son near the time of her death, which may have taxed her emotions and strength, for her gravestone describes her as "a victim of maternal love and duty." According to her wishes, she was buried at Arlington, the home of her cousin George Washington Parke Custis, stepson of George Washington and father of Mary Custis (Mrs. Robert E.) Lee. This final detail of her life reflects what historian Karen Hess points out, in her introduction to a facsimile of the 1824 edition:

So it can be seen that, in addition to her culinary prowess, nobody was more qualified by reason of family and social milieu to record the cookery of Virginia, the home of so many of our founding fathers, and of our nation's capital as well, in those early days. From the Historic American Cookbook Project: Feeding America