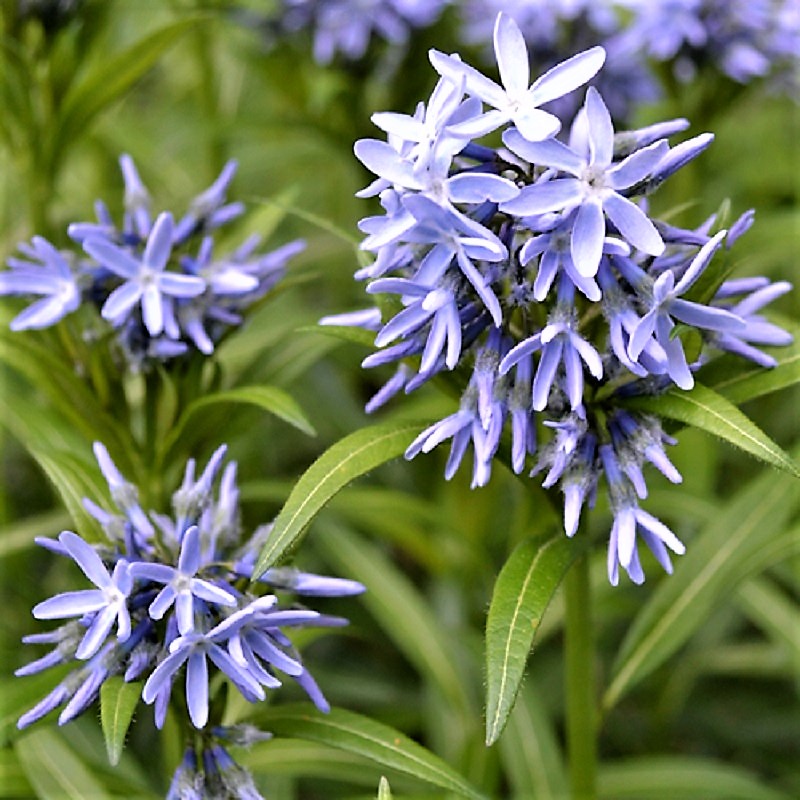 This choice North American native was discovered in 1759 and named for Charles Amson, an 18th-century Virginia doctor and scientific traveler. Blue Star was likely not cultivated as a garden plant until the mid-1800s, but was recommended by Peter Henderson by the end of the century. It has since become a popular flower for the perennial border and the cut-flower garden.