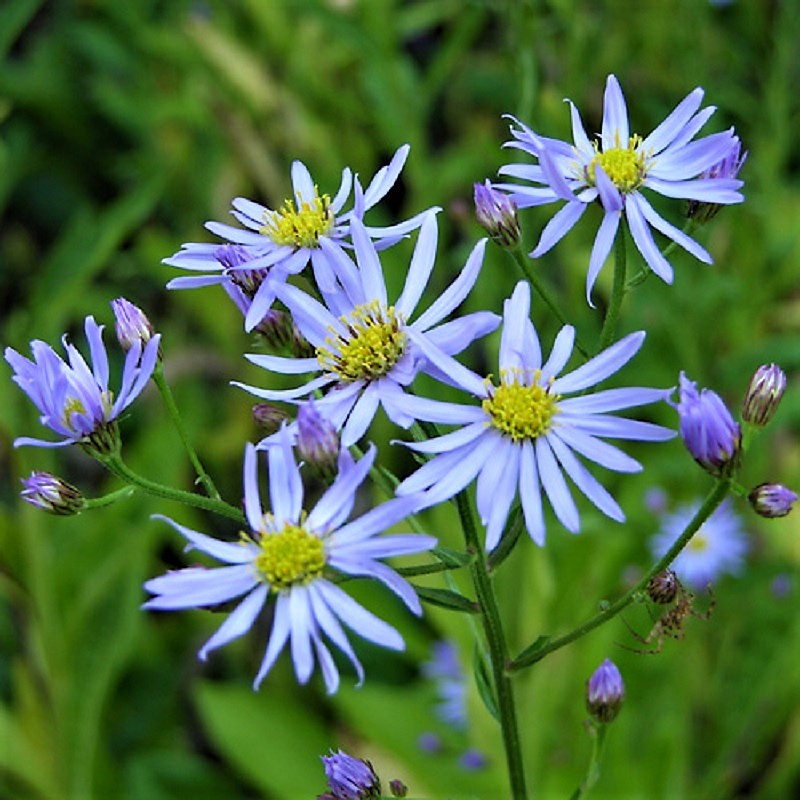 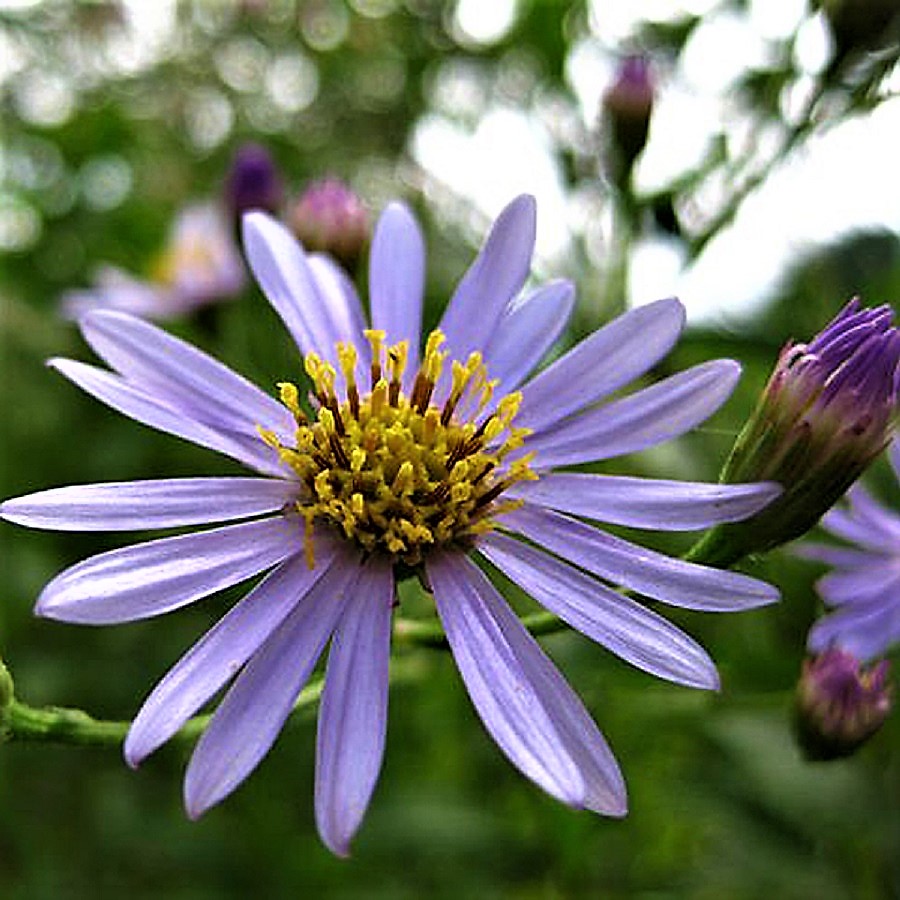 This stately and spectacular Aster—native to Japan, Korea, Mongolia, Northern China, and Siberia—was first introduced to the West in 1818. It was likely not common in American gardens before the mid nineteenth century. The flowers of this species are extremely attractive to Monarch butterflies and other pollinators. The erect flower stalks rarely need staking and the plant has no serious insect or disease problems. It is useful in the back of the perennial flower border or naturalized in a wildflower area. This species is known to have antibacterial action and has been used in Chinese medicine.