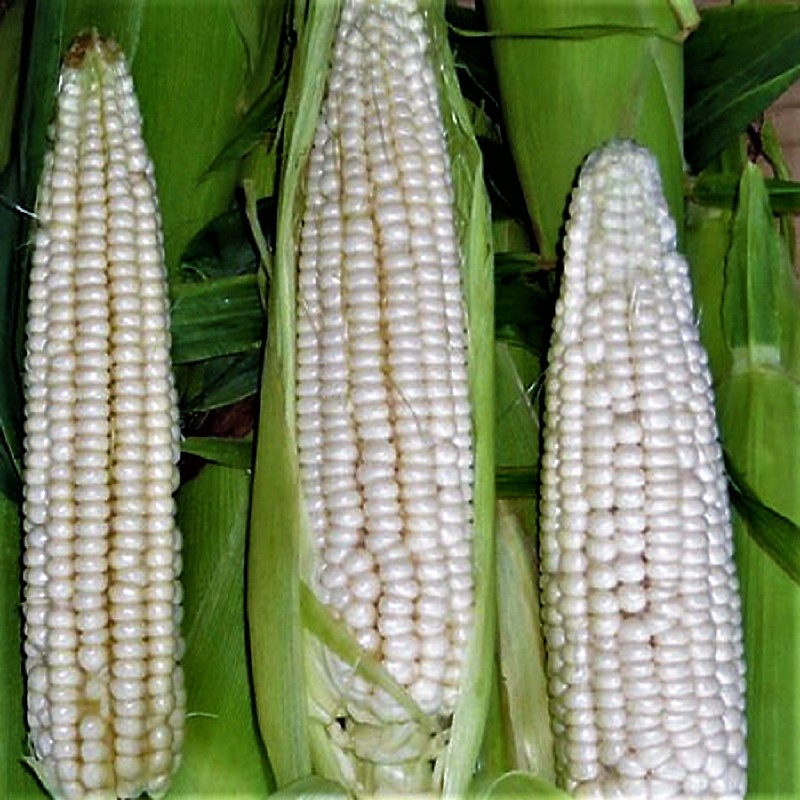 Regarded as the “king of all white sweet corn varieties,” this home-garden favorite was developed in 1848 by Nathaniel Newman Stowell of Burlington, New Jersey, who crossed the Menomony Soft Corn with Northern Sugar Corn. It was later marketed by Grant Thorburn & Co. in 1856. As its name implies, Stowell’s Evergreen White Corn matures slowly, remaining in the milk stage over a long period, and is considered one of the best heirloom, open-pollinated varieties for table, canning, and freezing.