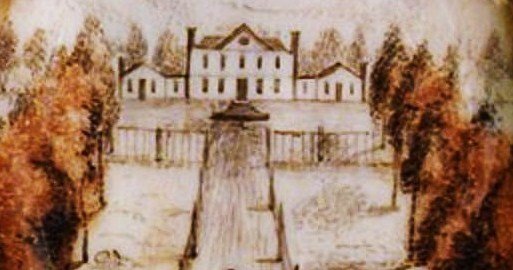 1767. Detail. Charles Willson Peale (1741-1827) miniature of the home of Dr. Henry Stevenson. Baltimore, Maryland. Maryland Historical Society. See more complete image below.
By the mid-18th-century, plantation owners up & down the Atlantic Coast often employed larger avenues of trees as well as their smaller alleys when designing their gardens and grounds. Garden planners designed avenues as wide, straight roadways approaching plantation houses or public buildings lined with single or double rows of trees and often cutting through a lawn of grass. They often used rows of trees spreading from the side of the house outward into the landscape to draw the eye toward the dwelling; to separate the entrance facade from the more private rear garden and work yards; and to form a living wall.

The word avenue had expanded to include any broad roadway bordered or marked by trees or other objects at regular intervals.


English garden writers had referred to avenues, while colonization of America was just a twinkle in the eye of the mother country. John Evelyn wrote disapprovingly in his diary in the summer 1654, "The avenue was ungraceful." In 1664, he advised, "That this may yet be no prejudice to the meaner capacities let them read for avenue, the principal walk to the front of the house, or seat."
English garden reformer John Worlidge wrote in his 1669 Systema Agriculturæ of, "Avenues, Ways or Passages, or Rows or Walks of Trees." 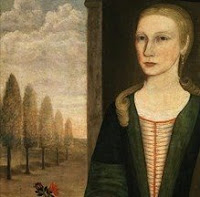 Planners left avenues wide enough for a horse or carriage to pass, and some were much wider with many being the width of the house. Avenues leading to the entrance facade of a dwelling were wider than subsidiary intersecting ones and often were wide enough that the entire facade of the house was visible from the far end. 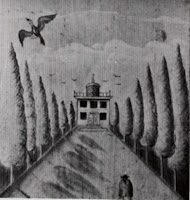 In Williamsburg, Virginia, William Byrd noted in 1733, "This famous town consists of Col. Spotswood's enchanted castle...There had also been a chapel about a bow-shot from the colonel's house, at the end of an avenue of cherry trees."
In the Virginia Council Journal it was recorded on December 15, 1737, for Williamsburg, Ordered that there be paid to Mr Philip Finch the sum of ten pounds for laying and planting the Avenue to the Governors House.
In May, 1743, Eliza Lucas Pinckney wrote from Charleston, "I...cant say one word on the other seats I saw in this ramble, except the Count's large double row of Oaks on each side of the Avenue that leads to the house--which seemed designed by nature for pious meditation and friendly converse."

Growing an avenue of trees took special planning and many years. Often the avenue of trees was planted years before the house was built on the property. On June 18, 1753, William Murray wrote to John Murray Esquire of Murraywhaithe in Charleston, "By all means mention the fine Improvements of your garden & the fine avenues you've raised near the spot where you'r to build your new house."

Often, avenues extended into the countryside & terminated with impressive vistas. In 1762 Hannah Callender wrote of William Peters’ Belmont near Philadelphia, “A broad walk of English cherry trees leads down to the river….One avenue gives a fine prospect of the city…Another avenue looks to the obelisk.” Avenues of cherry trees were common on plantations in Pennsylvania at that time. 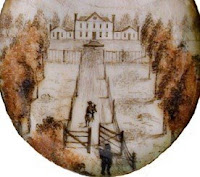 Twenty years later, commercial nurserymen promoted grown trees for sale to the Charleston public. On January 1, 1778, an advertisement in the South Carolina and American General Gazette offered, "For sale...Magnolia or Laurels fit for Avenues...any height from three feet to twenty."

Schoolmaster Philip Vickers Fithian wrote in his journal in 1773 of Nomini Hall in Virginia, Due east of the Great House are two Rows of tall, flourishing, beautiful, Poplars...these Rows are something wider than the House & are about 300 yards Long...These Rows of Poplars form an extremely pleasant avenue, & at the Road, through them, the House appears most romantic.
George Mason's son John described Gunston Hall in Virginia, From the front entrance...there was...an avenue of cherry trees, reaching to the gate...On the north front by which was the principal approach, was an extensive lawn kept closely pastured, through the midst of which ran a spacious avenue, girded by long double ranges of that hardy and stagely cherry tree, the common black-heart, raised from stone, and so the more fair and uniform in their growth, commencing at about two hundred feet from the house and extending thence for about twelve hundred feet; the carriage way being in the centre, and the footways on either side between the two rows, forming each a double range of trees, and under their shade....But what was remarkable and most imposing to be so aligned as to counteract the deception in our vision which in looking down long parallel lines makes them seem to approach as they recede; advantage was taken of the circumstance and another very pleasant delusion was effected. A common centre was established exactly in the middle of the outer doorway of the mansion on that front from which were made to diverge at a certain angle the four line son which these trees were planted, the plantation not commencing but at a considerable distance therefrom (about 200 ft...) and so carefully and accurately had they been planted, and trained and dressed in accordance with each other, as they progressed in their growth, that form the point described as taken for the common centre, and when they had got to a great size only the first four trees were visible...And in truth to the eye placed at only about two feet to the right or left of the first position there was presented as if by magic four long and apparently close walls of wood made up of the bodies of trees and above as many of rich foliage constituted by their boughs stretching as seemed to an immeasurable distance.
Bernard M'Mahon wrote in 1806, Straight rows of the most beautiful trees, forming long avenues ...were in great estimation, considered as great ornaments, and no considerable estate and eminent pleasure-ground were without several of them.