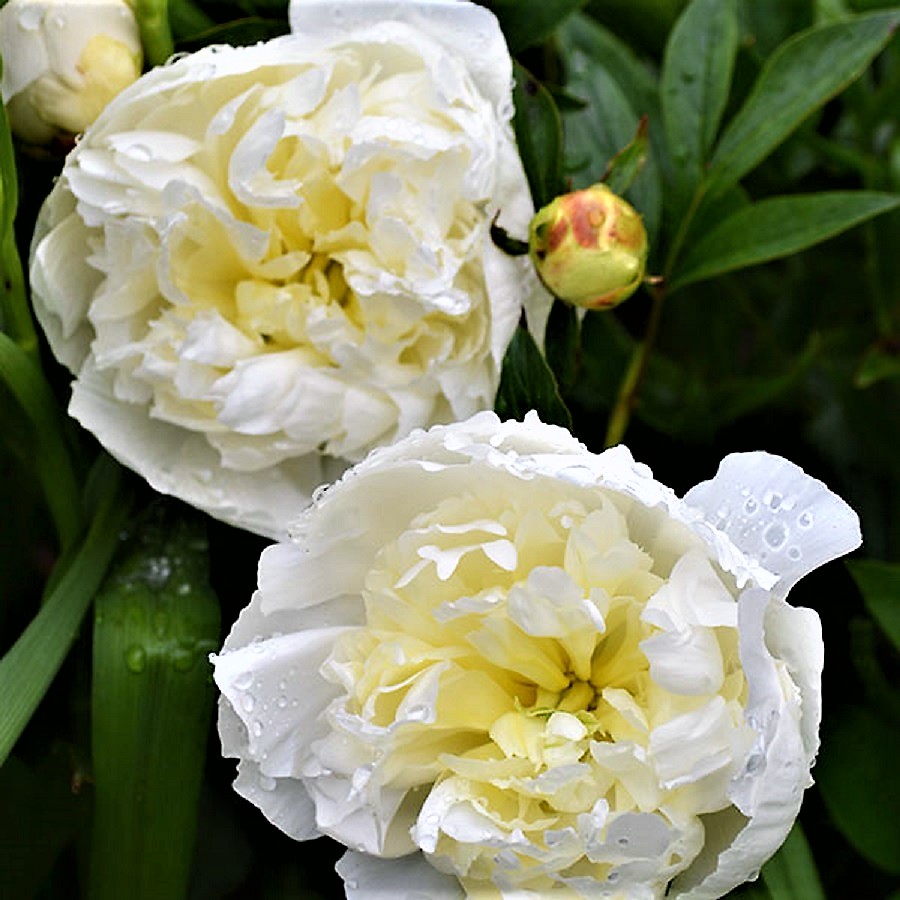 Both European and Asian peonies have been cultivated since ancient times. Those native to central China and Siberia (varieties of Paeonia lactiflora) were first introduced to the West by the 18th century and by 1784 breeding with the European peony was occurring in France and Britain. Because peonies are such long-lived plants, many 19th-century cultivars are still available. Thomas Jefferson noted “Piony” in a list of hardy perennials as early as 1771. The extremely fragrant and unusual ‘Duchesse de Nemours’ was introduced by 1856, although some believe it was earlier. Joseph Breck described it as “quite a novelty” in 1851. Peonies are deer resistant, and their flowers attract butterflies.


For more information & the possible availability for purchase
Contact The Tho Jefferson Center for Historic Plants or The Shop at Monticello
Posted by Meghan Sturgill at 4:00 AM