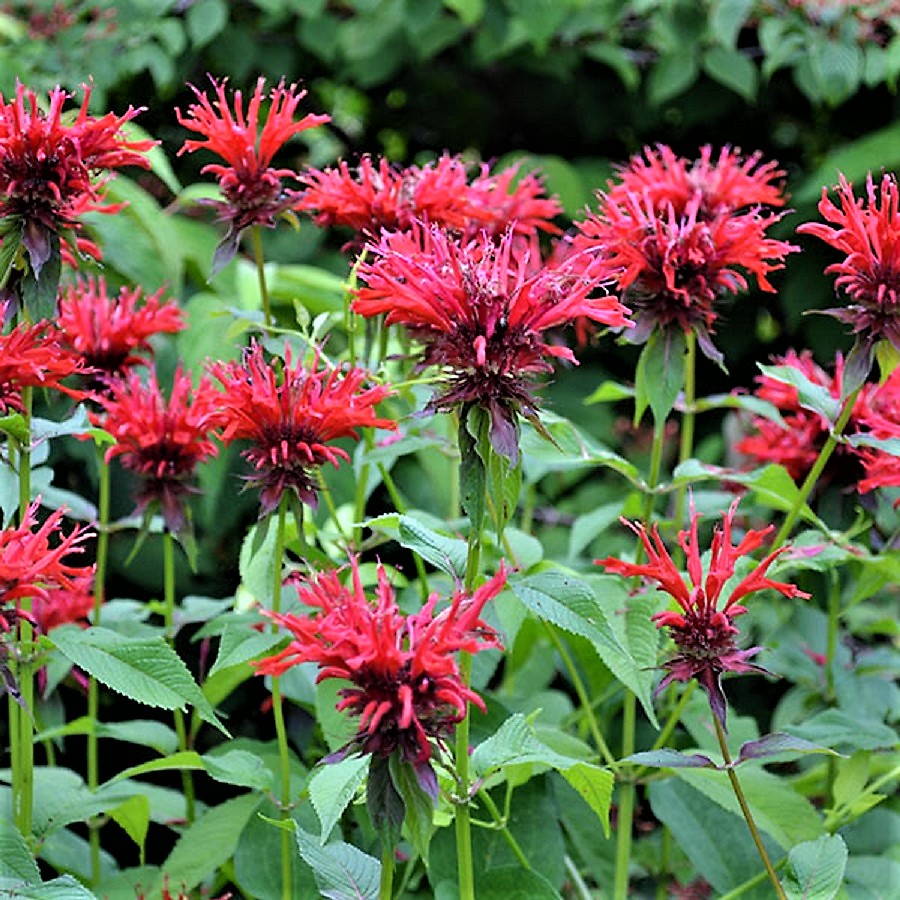 This vigorous native perennial was recognized as a desirable ornamental and kitchen garden plant by the early 18th century, and seed was sent by John Bartram to England in 1744. It was reported that by 1760 there was “plenty in covent garden market” in London.
Early American settlers, especially the Shakers in upstate New York, made a tea from the leaves, hence the name Oswego tea, which is now Earl Gray. Bernard McMahon listed “Crimson Monarda” in his 1804 broadside, and bee balm was cited as a garden worthy plant by many 19th century American garden writers, including A. J. Downing, Peter Henderson, Joseph Breck, and Robert Buist. Deer tend to avoid this plant’s fragrant foliage.