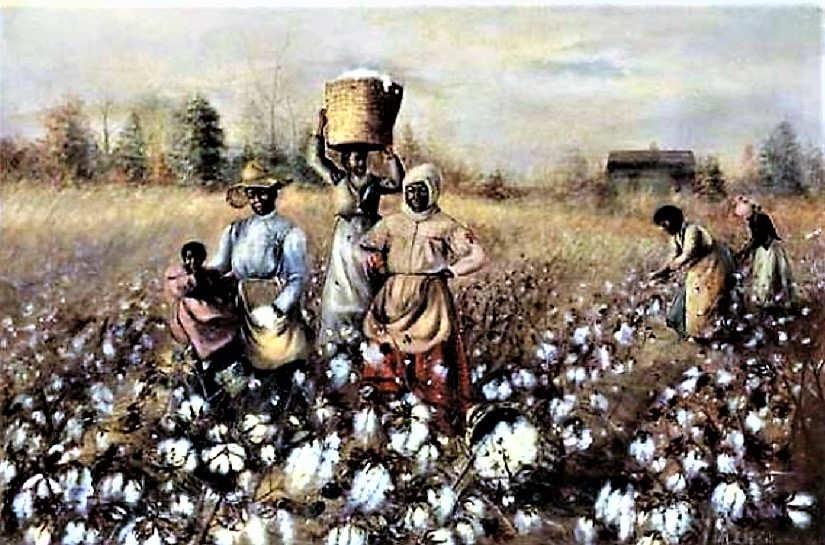 Mary Lyde Hicks William (1866-1959) Mary's paintings of freed slaves reflected daily life she saw on her uncle's plantation during Reconstruction in North Carolina.  The central figure with her hands on her hips is Aubt Betsey George.  The woman with the basket on her head Anna Stevens, who worked as a housemaid. Cotton was traditionally picked in splint baskets, or in cotton sheets, which would be tied to make a bag.  When it was "cotton picking time," all hands were utilized in order to get the cotton safely stored before bad or wet weather came. 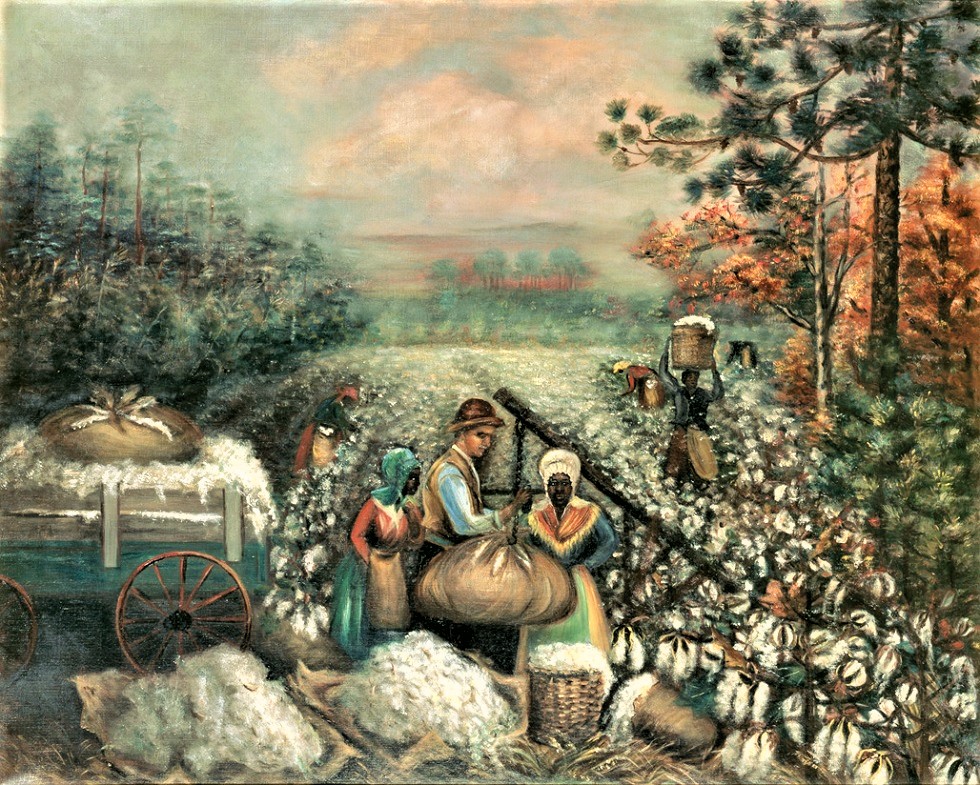 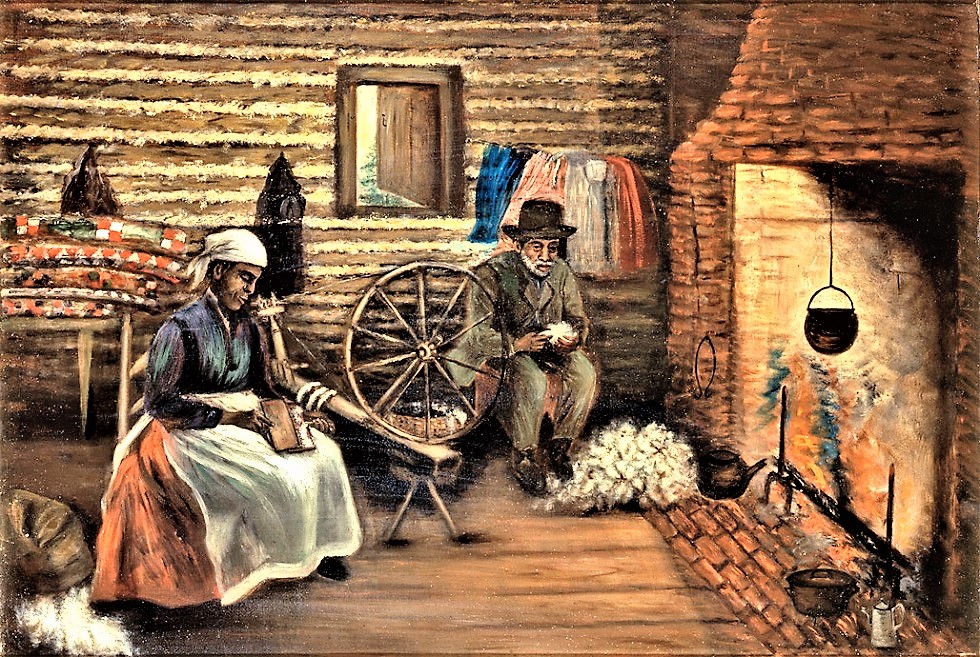 After Slavery - Seeding and Carding Cotton by Mary Lyde Hicks Williams
at 4:00 AM