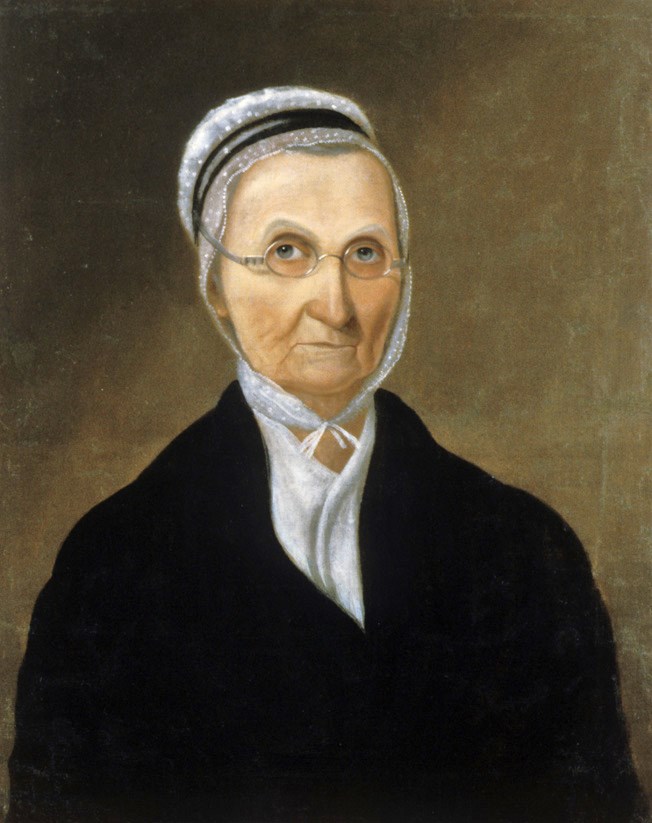 Meriwether Lewis had grown up with an expert on local plants. His mother, Lucy Meriwether Lewis Marks, was a respected herb doctor in Albemarle County, Virginia, who treated patients with herbal remedies & “simples.” From his mother, Lewis learned to identify plants of medicinal value & how to use them for therapeutic purposes. "Lucy was born into Albemarle County gentry on February 4, 1752. She was the daughter of Col. Thomas & Elizabeth Thornton Meriwether...She was locally famous as a “yarb” or herb doctor, presumably her books included herbals & medical handbooks...Lucy’s type of doctoring was called “Empiric” & based on practical experience. She was folk practitioner – a job often filled by women. She traveled throughout Albemarle County by horseback caring for the sick well into her early eighties. Perhaps she learned medicine from her father, also known as a healer, & her brother Francis, who was a “Regular” or formally-trained doctor. No doubt Lucy grew medicinal plants in her garden at “Locust Hill” & collected them in the wild as well. Her son, Meriwether Lewis, relied on the skills he had learned from his mother when he treated himself & others on the Lewis & Clark expedition. Her son John attended medical school. Some accounts also refer to her son Reuben as a doctor, though it is likely that he was “yarb” doctor like Lucy rather than a “regular” doctor like his brother John."  (Patricia L. Zontine, April 2009)

In early America, folk medicine, especially knowledge of healing herbs, was often a feminine art. Typical remedies used staple household ingredients, & their descriptions read like recipes for food preparation. Recipes for remedies were handed down from generation to generation. Women learned to doctor the same way they learned to cook. The preparation might begin with hog lard or honey. Plants were then added, gathered from hillsides or grown in the garden. Most mothers had some knowledge of natural pharmaceuticals, but some were more accomplished herbalists than others.  Many years of growing herbs & dispensing remedies made these women indispensable assets to their communities, which they served not only as pharmacists, but as often as obstetricians & nurses as well.

She was the possessor of a store of information about local pharmacology.  If she were literate, she may have consulted home medicine guides & herbal handbooks. She usually learned about native plants from her own mother & other relatives. Her female line may have been first taught by neighboring Native Americans. She knew how much of each ingredient to use (often measured by the pinch or the handful), how long to boil (till soft, or till all water save a pint had boiled away), & how much to administer. She knew whether the herb should be decocted (boiled), infused (steeped but not boiled), or demulcified (used in an ointment). She knew to use the leaves of some  plants for one ailment, its roots for another, & its berries for still another. She also knew that the seeds of some plants could be medicinal though their flowers were poisonous. She knew how to treat each herb so as not to destroy its healing power, & precisely when to harvest the plant. Most roots had to be gathered in February or March, before the sap began to rise. Roots lost their value after the sap rose. Some plants--sassafras & poke, for example--became poisonous at certain points in their growth cycle. Seldom did the woman's remedies cure the patient; instead, they alleviated the symptoms. But since it seemed to be the symptoms which were fatal, this was a highly effective type of medicine.

The pharmaceuticals administered by these women consisted of a variety of organic & inorganic compounds. Among the most commonly used medicinal plants were those with astringent qualities, such as sweet gum, myrtle, & yellow dock.  Taken in a tea, such plants could shrink the swelling of a sore throat. Used for tonsillitis or diphtheria, they would leave the patient considerably more comfortable & also lessen the danger of asphyxiation. Packed into a poultice & applied to the skin, the astringent properties of these plants helped to close open wounds & stem bleeding. The selection of herbs for use in medicines was hardly random; many food plants were never used to treat the sick, because they had no medicinal value. Only remedies which brought relief were retained.  See  Ozarks Watch  Vol. VIII, No. 1, 1995  In Defense of Granny Women  by Janet Allured.
at 4:00 AM