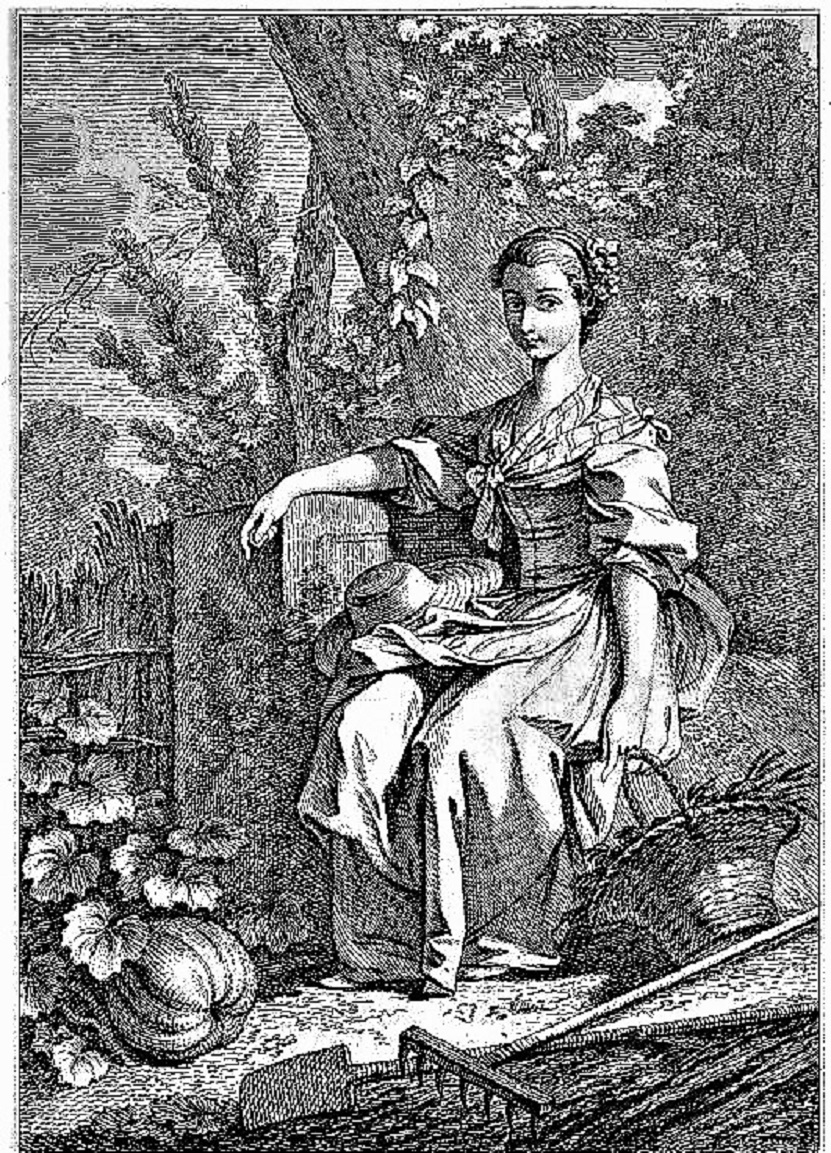 From the 1750s through the 1770s the most successful Philadelphia seed merchant & nursery-owner was a Quaker woman, Hannah Bissell Dubre (1709 -1775) of the Northern Liberties area 2 miles from the Philadelphia city limit, on the Wissahickon Road.  Hannah's parents were William Bissell (1680-1748) & Mary Pugh (1680-1713) & step-mother Hannah Warrington of Worcester, England
Hannah married Joseph Dubree or Dubre (1707-1748) in 14 Mar 1740/41; and they owned 33 acres, which they later increased to 50 acres, with a bearing orchard of grafted fruit trees, some meadow land, a large brick house and detached brick kitchen with a pump just outside the door, a barn and several other outbuildings, and a large kitchen garden that included many asparagus beds.
From 1754 through 1775, Hannah offered locally grown seed and fruit trees on both a retail and a wholesale basis. To accommodate customers who didn’t want to trudge out to her remote plantation, she introduced the idea of relying on agents in town to sell and supply to retail and wholesale customers, including international traders.
By 1766, she was advertising that she could fill large orders for “Captains of Vessels” for exportation to the West Indies “on the shortest Notice.” Even after her husband’s death in 1768, “the widow Dubre” kept her garden and business going.   She warranted her seeds as “fresh and good" and sold large quantities to local shopkeepers for resale to their clients and to exporters for trade out of the country.
Before 1770, she kept agents in town, including her brothers on Third Street John Bissell (1729-1805) and Samuel Bissell (1727-1762), and also with John Lownes, and Ann Powell near the Work House on Third Street, to supply both retail and wholesale customers who did not want to travel the two miles out of town to visit her plantation.  After 1770, she used James Truman, a butcher and meat curer in Elbow Lane near the Harp and Crown Tavern, as her local Philadelphia city agent. Over a twenty-year period, Hannah Dubre expanded her operation from a small local seed concern to a large-quantity supply business catering to merchants and international traders.

Note: Some claim Hannah Dubre as the wife of Jacob Dubre was an early relative of Jefferson Davis of Civil War note.
at 4:00 AM