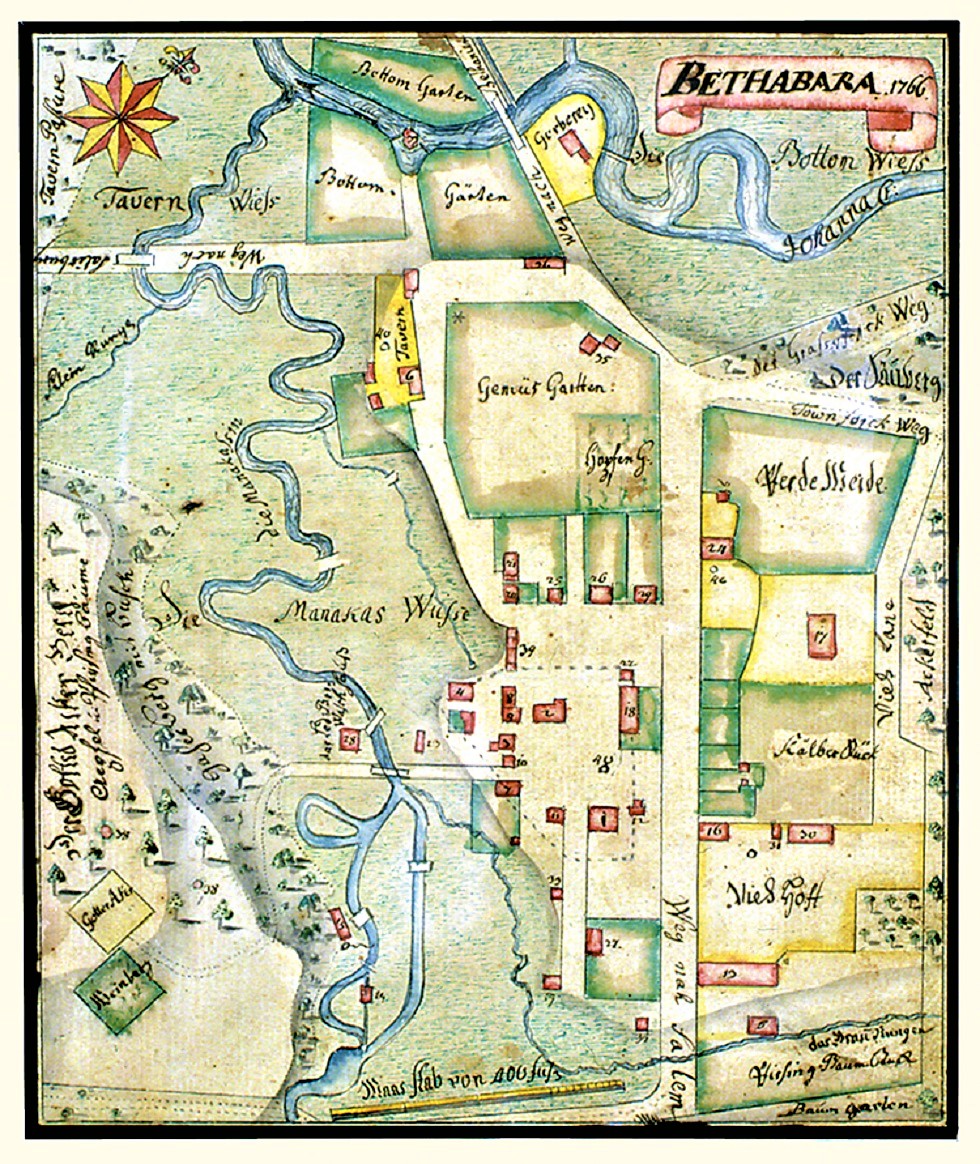 The Moravians were among the 1st Protestant groups in Europe during the 15C. For more than 300 years, they suffered religious persecution, which caused them to periodically uproot their community or go into hiding.  By the early 1700s, they had fled to Germany, where they built the town of Herrnhut.  From there, they sent missionaries to many areas in the world, including the British America colonies in North America, where they established a strong foothold in Pennsylvania.  In an effort to carry their religion to other parts of the American British colonies, in 1753, Moravians purchased a 100,000-acre tract in central North Carolina. There, missionaries established Bethabara as a temporary settlement on the new frontier; while they laid plans for a more permanent central town, which would become known as Salem.

The Upland Garden at Bethabara, laid out and planted by Bro. Lung, May 1, 1759. Bethabara (from the Hebrew, meaning "House of Passage," the Biblical name of the traditional site of John The Baptist & of the Baptism of Jesus Christ) was a village located in what is now Forsyth County, North Carolina. It was the site where 12 men from the Moravian Church first settled in 1753, in an abandoned cabin in the 100,000-acre (400 km2) tract of land the church had purchased from Lord Granville & dubbed Wachovia. 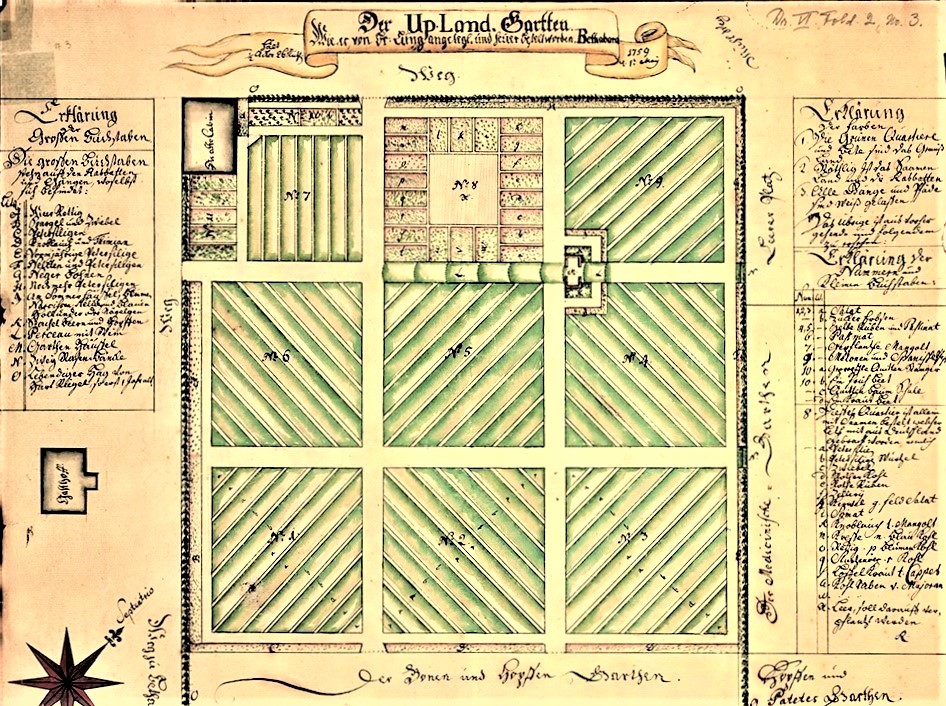