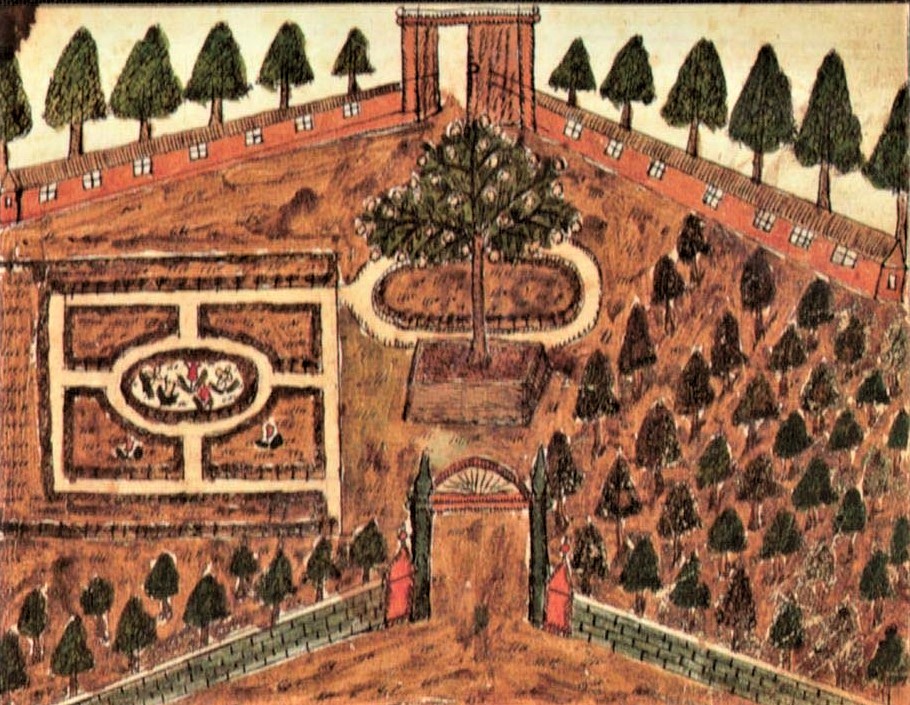 The Picture-Bible of Ludwig Denig: A Pennsylvania German Emblem Book. by Ludwig Denig (1755 - 1830)

Ludwig Denig (1755 - 1830) was an American folk artist.  A native of Lancaster, Pennsylvania, he became a member of the Reformed Church, whose congregational school he attended. He served in the American Revolution & worked as a shoemaker before, in 1787, moving to Chambersburg, Pennsylvania & taking up work as an apothecary. He died in Chambersburg, in 1830. 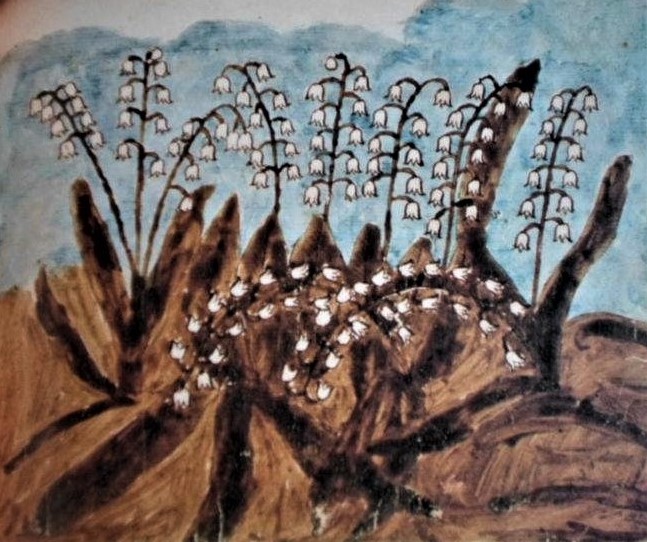 The Picture-Bible of Ludwig Denig: A Pennsylvania German Emblem Book. by Ludwig Denig (1755 - 1830)

Denig is remembered for a 200-page illuminated manuscript he produced in 1784. The book, filled with spiritual texts & sermons & illustrated in watercolor, contains mainly scenes from the New Testament & pictures of symbolic flowers & a garden. Denig's illustrations depict their subjects dressed in the costume of contemporary Pennsylvania German people.

Because Denig's Bible depicts those around him in contemporary garb, is it possible that this is a period Pennsylvania garden?

His illustrations were painted when the fraktur tradition in the state was at its height, & accordingly they bear its imprint, as well as the influence of Christian devotional prints & illustrated Bibles popular during the period. Denig's book was published in 1990 as The Picture-Bible of Ludwig Denig: A Pennsylvania German Emblem Book.
at 4:00 AM