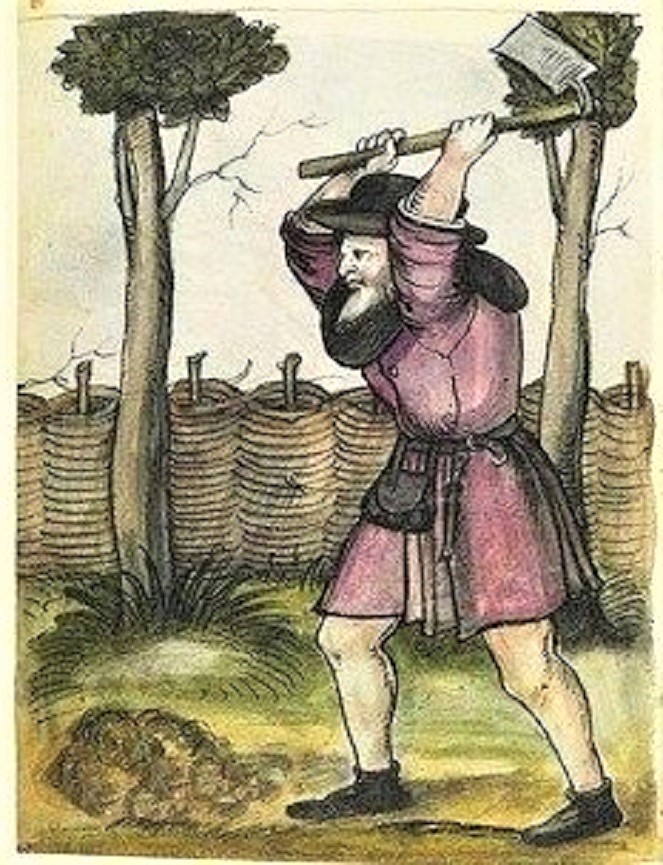 What might be called a systematized brush fence, that is, the wattle fence, was known in medieval Europe. Wattle construction, also called hurdle-or wickerwork, was well established in 17C England as a method for infilling the walls of timber-framed buildings. 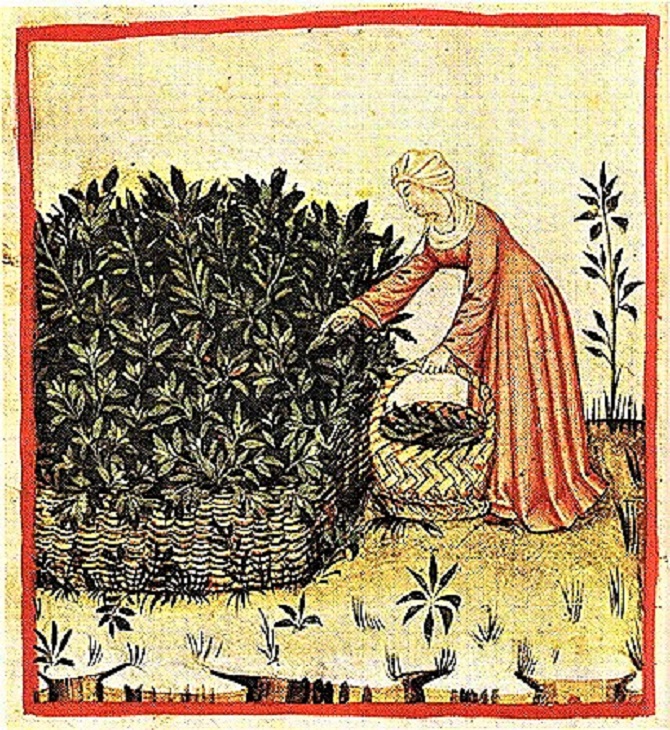 Wattle Fence From the Theatrum of Casanatense 14C Sage

Composed of thin, vertical staves about which were woven flexible withes, wattle was finished with mud, clay, & sometimes plaster in its architectural context. Without this earthen covering & with staves or stakes driven into the ground, the wattle fence provided an effective windbreak & more or less defied the invasion or escape of small animals. Availability of materials coupled with familiarity & simplicity of construction suggest the use of wattle-and-daub infill in 17C Virginia. 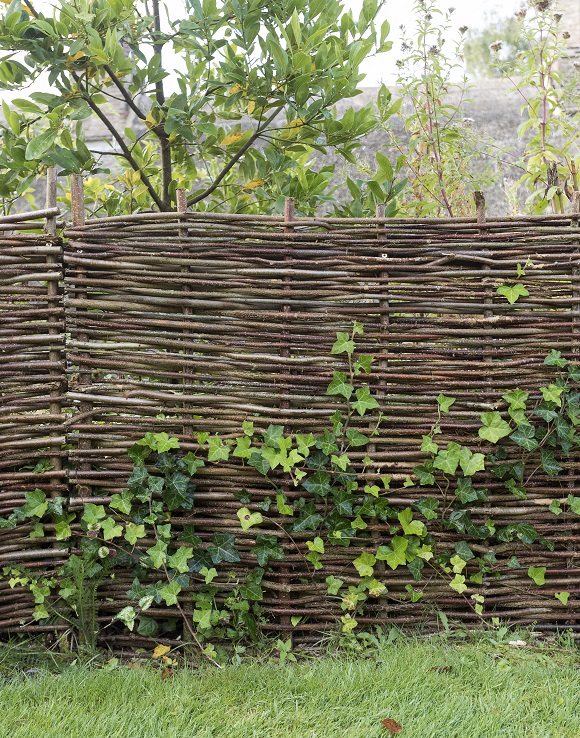 The wattle fence also seems to have made an early appearance. Archaeological investigation of Wolstenholmetown, one of the Martin's Hundred sites in James City County, revealed a curving line of small post holes defining what was probably a domestic yard protected by a wattle fence. 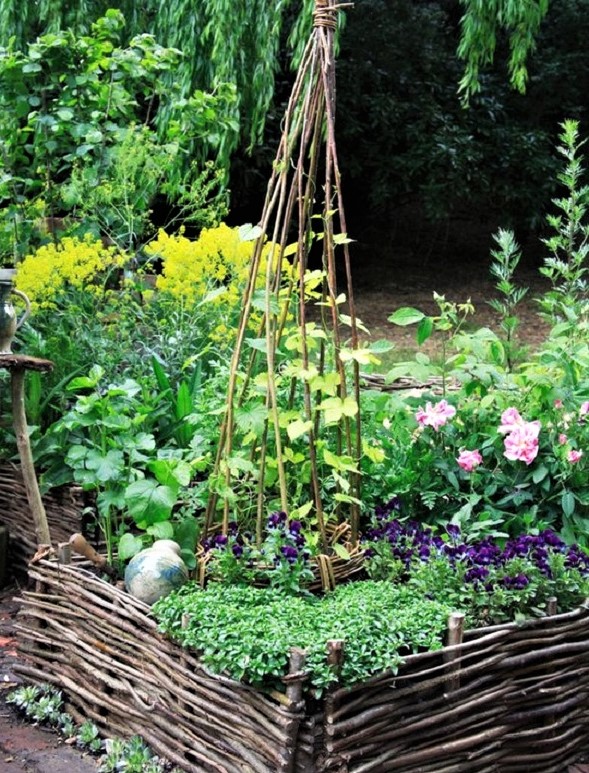 At the Clifts Plantation site in Westmoreland County, Virginia, wattle fences appear to have been constructed in conjunction with ditches about 1705. Archaeological findings suggest that such an arrangement enclosed the rectangular gardens, kitchen yard, & possible orchard adjacent to the main house. At the very end of the 18C, just such a combination fence was specified by George Washington in a letter to his farm manager: "When the Angle of Wood, adjoining the present Cornfield at Mansion house is cleared let all the Poles which are of a proper size for a wattled fence, either in whole, or by being split in two, be preserved; as my intention is, when I come home, to have a neat fence of that kind, on a ditch from the White gates along the road to the turn of it, as Allisons stakes will run to the present-fence."

As late as 1850, The American Agriculturist reported that the wattle fence was a common Virginia type & supplied instructions for assembling a "cedar-brush fence … first, throw up a ridge of earth about a foot above the level, & in this drive stakes on a line two to three feet apart, three & a half to four feet high, & then wattle in the cedar limbs, beating them down with a maul as compactly as possible."

In the same journal, it was noted that the use of banking, as well as ditching, was an important aspect of fencing in the "low lands" of Gloucester & neighboring counties & along the Rappahannock River. Washington's pole variety of wattle fence also endured into the 19C; the placement of its stakes was observed to be 8 to 10 feet apart. Praised for its durability, especially when constructed with stakes of the cedar or chestnut then abundant in Tidewater, the wattle fence was said to survive for about twenty years with relatively little maintenance.

That wattle fence construction required less labor than other types is suggested by the comments of Landon Carter of Richmond County: "I fancy I must put a Watle fence round my new corn fields for I see what with idleness & sickness I can't get rails ready nor all in place." 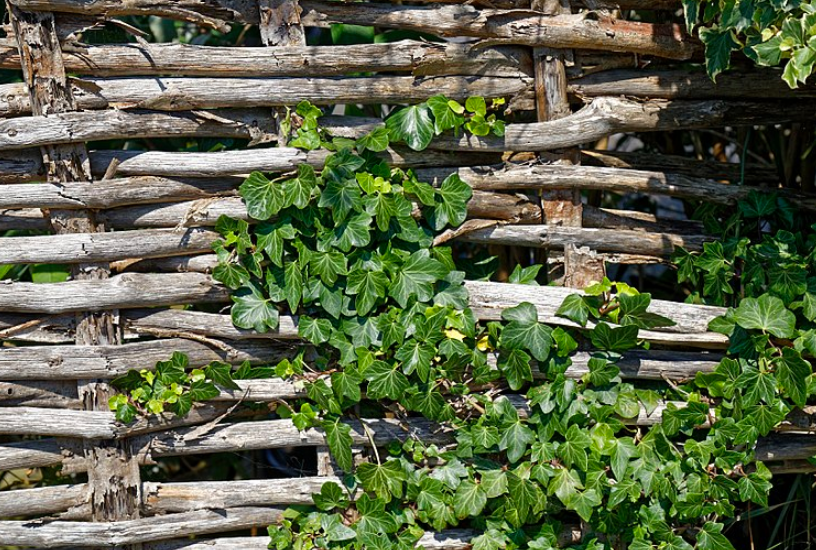 Philip Vickers Fithian viewed the wattle fence with greater equanimity & wrote an account of fence building at Nomini Hall, Westmoreland County, in 1774: "I walked to see the Negroes make a fence; they drive into the Ground Chestnut stakes about two feet apart in a straight Row, & then twist in the Boughs of Savin which grows in great plenty here …" 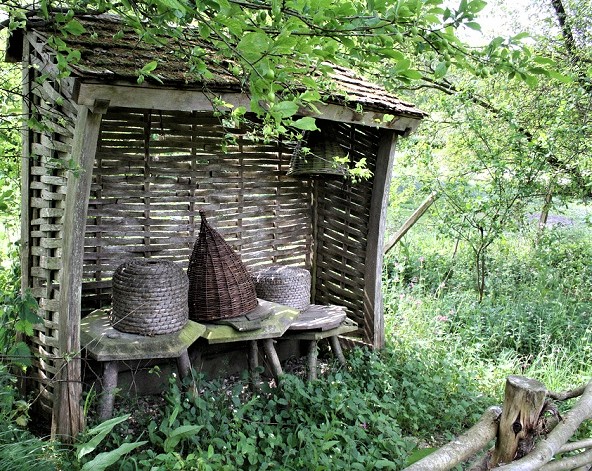 In the 17C & 18C Atlantic British American colonial coast, fences were built for mainly practical reasons. In the southern colonies, livestock of all kinds was accommodated in the woods surrounding the cultivated fields. As the animals could be branded or otherwise marked for owner identification & cleared land was often limited, crops came to be enclosed & livestock was thus fenced out. 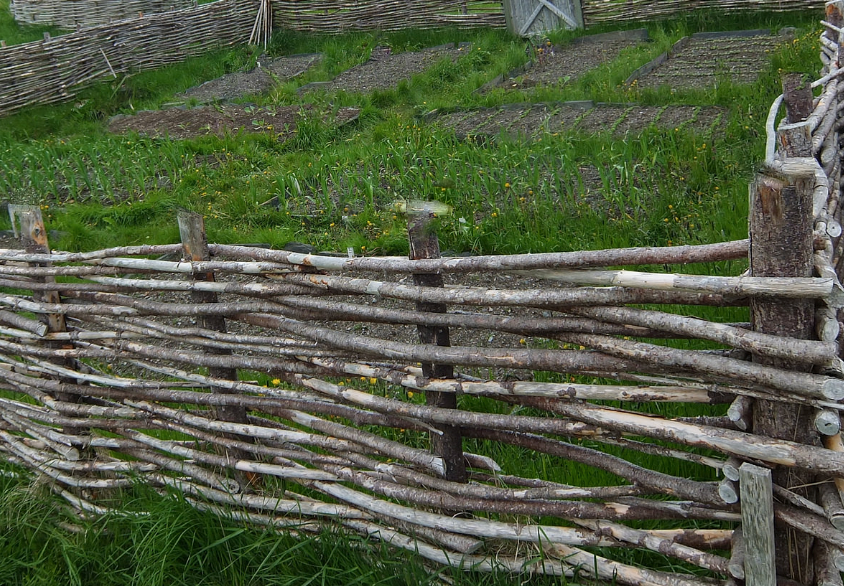 But, in New England & parts of the middle colonies, livestock was customarily fenced in.  By no means restricted to agricultural use, fences also defined & protected all types of rural & urban spaces, such as churchyards, gardens, & work-yards, throughout the colonies. 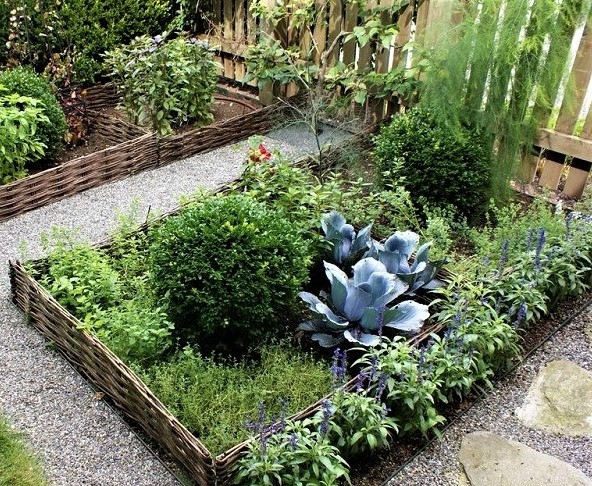 These fences were common in the Chesapeake & in Tidewater Virginia. Fencing was sometimes achieved by the use of masonry walls, but native stone is a scarce resource in the Tidewater region, though brick was used to build some churchyard walls & to enclose certain buildings there. The majority of Virginia fences were constructed of wood. All fence types co-existed during the colonial period; the historical record offers no indication that one type completely supplanted another.