Benjamin Franklin's Afterword to Every Man His Own Doctor, 1736 by Dr. John Tennent 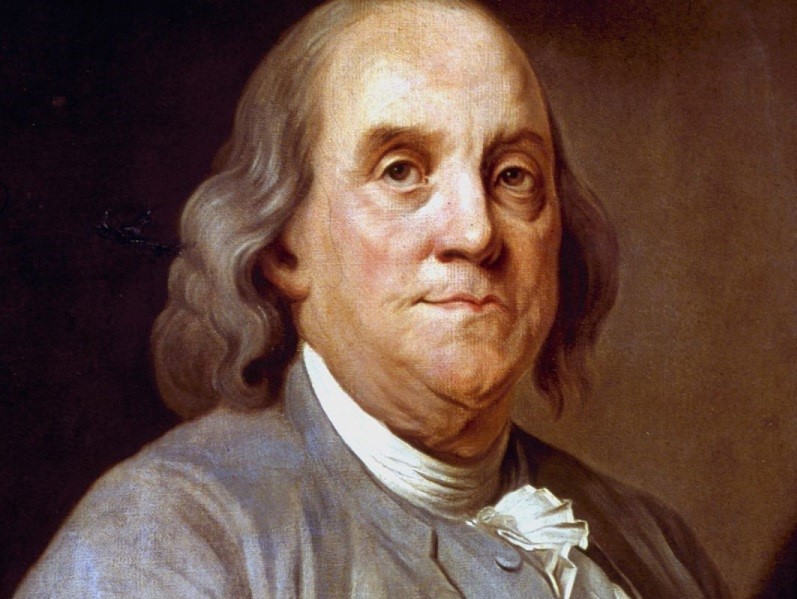 In 1734 Franklin reprinted John Tennent’s Every Man his own Doctor, which had been published earlier that year in Williamsburg, Virginia & Annapolis, Maryland. Franklin may have concluded this “third edition” with the address to his readers, which is reprinted below; but no complete copy is known. In 1736, he reprinted Tennent’s pamphlet in a “fourth edition” with the address to his readers and a postscript based on Tennent’s Essay on Pleurisy, published at Williamsburg in 1736. Following is the Afterword printed in John Tennent's, Every Man his own Doctor: or, The Poor Planter’s Physician.... The Fourth Edition. Philadelphia: printed and Sold by B. Franklin, near the Market.

The Printer to the Reader wisheth Health.

This Book entituled, Every Man his own Doctor, was first printed in Virginia, for the Use of which Colony it was written by a Gentleman residing there. Great Numbers have been distributed among the People both in Virginia and Maryland, and ’tis generally allow’d that abundance of Good has been thereby done: And as some Parts of Pennsylvania, the Jerseys, and the Lower Counties on Delaware, are by the lowness and moistness of their Situation, subject to the same kind of Diseases, I have been advised to reprint this Book here, for the Use and Benefit of such People in these Countries, as live at too great a Distance from good Physicians. It is necessary, however, to give the Reader this one Caution, that the Ipecacuania or Indian Physick so frequently prescribed by the Author, is much weaker in Virginia, than that which grows in Pennsylvania; so that whereas he prescribes 80 Grains for a Vomiting Potion, and 70 for a Purge; 12 Grains of our Indian Physick, or Ipecacuania, will be sufficient for a Vomit, and 10 for a Purge: There is another Sort which comes to us from Europe, and is to be found in the Apothecaries Shops, of which 30 or 32 Grains is commonly given for a Vomit, and 27 Grains for a Purge, which will work most Constitutions sufficiently.

Postscript.
A Physician in Virginia has lately published an Essay on the Pleurisy, in which he discovers a Method of treating that fatal Distemper, that he says he always found to succeed. The principal Part of the Cure depends on the Use of a Simple that begins to be known in this Country by the Name of Rattle-Snake Root, being the same that the Indians use in curing the Bite of that venemous Reptile. The Method which the Author practices and recommends, is as follows.

“Let the Patient first have 10 Ounces of Blood taken from the Arm of the well Side, or Foot if both Sides are affected; and every 6 Hours 3 Spoonfuls of the following Tincture is to be given, the first Dose immediately after, and continued ’till the Symptoms abate.

“Take of the Rattle-Snake Root, 3 Ounces, wild Valerian Root, an Ounce and a Half, let them be well bruised in a Mortar, then mix them with a Quart of old Canary, and digest in a proper Vessel in a Sand-Heat for Six Hours, afterwards decant for Use.

“Let the ordinary Drink be a Tea made of Marsh-mallow Roots, always given warm.

“If the Patient has been ill some Days before any thing administered, the Balsom is to be continued for some Days after a considerable Amendment.

“Bloodletting is to be repeated the second Day, and in the same Quantity as the first, if the Patient is not much better, or the same Day unless something better in 4 Hours: But such is the Efficacy of this Medicine, that there is seldom Occasion. The Symptoms generally abate considerably in 24 Hours, and the Recovery Certain.”

But because every one may not have Conveniency for preparing this Tincture, nor have the other Medicines mentioned at hand, and do not live within reach of a Physician, it is necessary to acquaint the Reader with what the Author adds further, viz.

“A Decoction of the Rattle-Snake Root alone in Spring Water, 3 Ounces to about one Quart; together with Pectoral Teas sweetened with Honey will prove effectual, without any thing else; if the Patient has been let Blood as soon as taken, and this Decoction immediately given afterwards.”

This is to be understood of the genuine Pleurisy or Peripneumony attended with a Fever.

As for the other Disease, which often personates a Pleurisy in these Parts, the Symptoms of which are, that the Patient is cold in a somniferous State, and sometimes convulsed.

In this Case the Author omits Bloodletting as pernicious; but says the Tincture aforesaid is as effectual here as in the genuine Pleurisy, only advises that the Rattle-Snake Root and Valerian be in equal Quantities.

We have not room to add more out of the above mentioned Essay; and indeed the greatest Part of it being taken up in abstracted Reasonings on the Texture of the Blood, and the Operations of different Medicines, &c. to make a larger Extract would be of little Use to the unlearned Reader, for whom this Book was originally intended; and ’tis supposed that in Cases of Danger, the Patient will always consult a skilful Physician where it can possibly be done.

But while we are solicitous about the Health of the Body, let us not forget, that there are also Diseases of the Mind, which concern us no less to be thoroughly cured of. The divine Assistance and Blessing on our Endeavours is absolutely necessary in both Cases; which we ought therefore piously and devoutly to request. And being healed, let us gratefully bless and praise that Great Physician, from whose Goodness flows every Virtue, and the Discovery of every useful Medicine.
at 4:15 AM