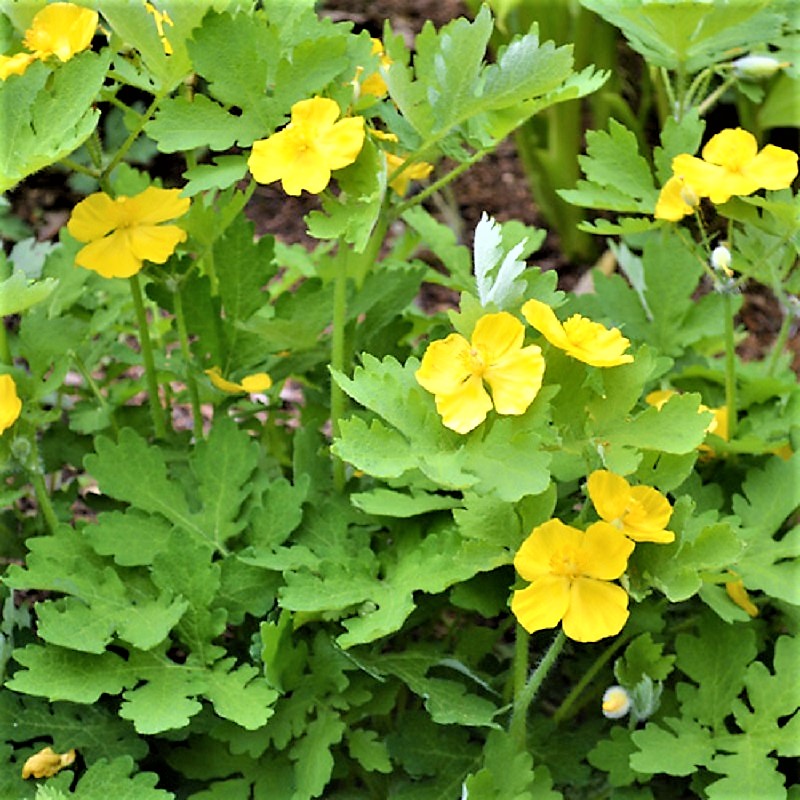 Unlike the rank and weedy European or greater celandine (Chelidonium majus), this eastern North American native is very desirable in the shade garden. It was first introduced into cultivation in 1854 and was recommended in The English Flower Garden (1883) by the British landscape designer and garden writer William Robinson. New Jersey garden writer and nurseryman Peter Henderson cited Robinson in his Handbook of Plants (1890) and noted that the native species was as showy as the other found in India and Japan (Stylophorum japonicum). The yellow sap in the stems was used as a dye by Native American Indians.