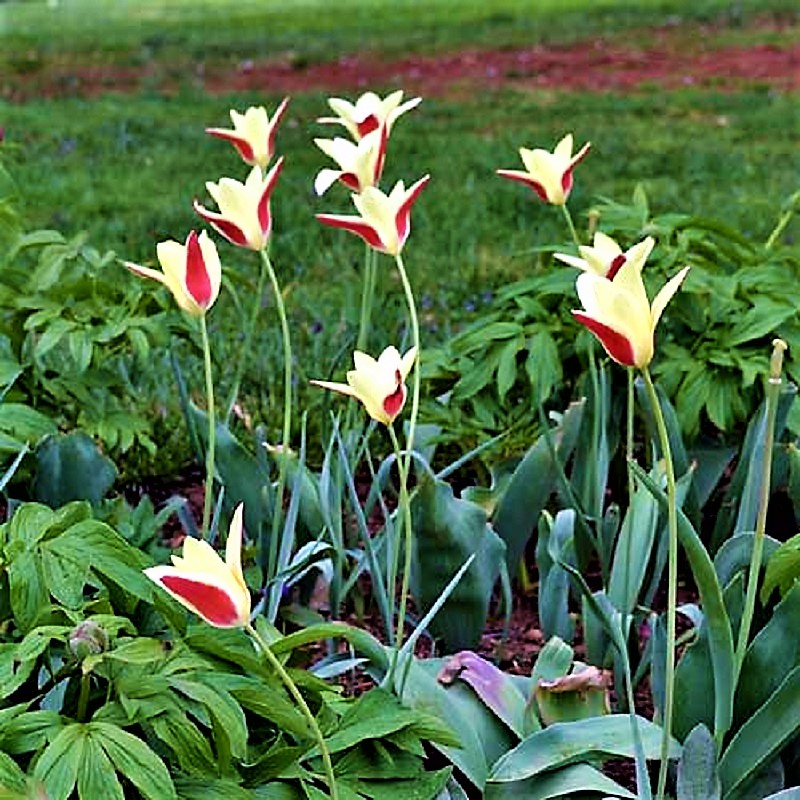 Charles de l’Ecluse, also known as Clusius, a botany professor at Leiden, was largely responsible for the introduction of tulips from Turkey to Europe beginning around 1570. The Lady Tulip was later named for him, to honor his contributions to botany and horticulture. This bulb, a native of Asia Minor, grew in English gardens by 1636, and made its way to the New World shortly thereafter. A story persists that when the Monticello flower gardens were restored by the Garden Club of Virginia in 1941, Lady Tulips were brought from Edgehill, a nearby estate and former home of Jefferson’s daughter Martha. These bulbs were planted at Monticello, where they have thrived and still flower in mid-April.