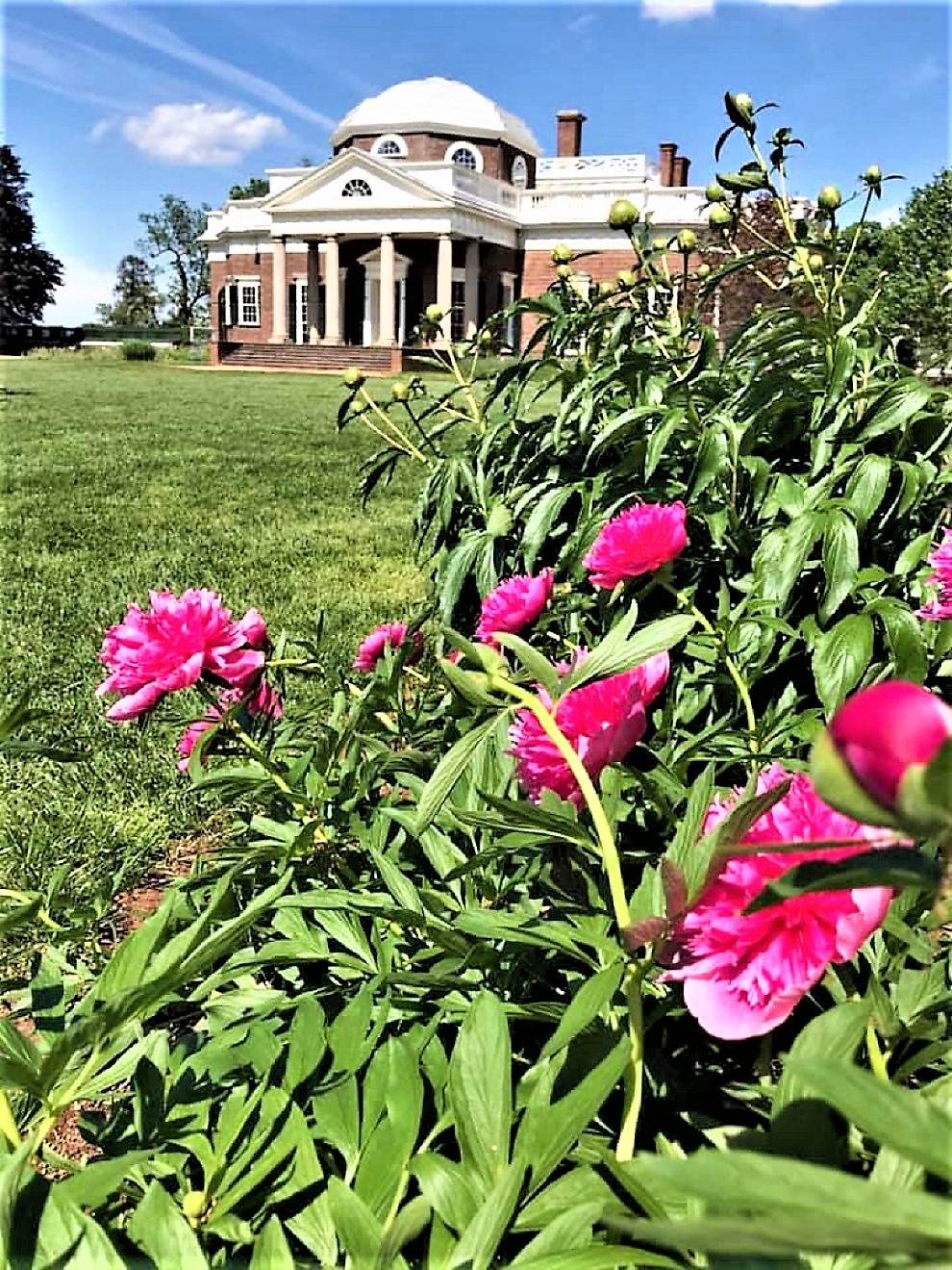 The ancient European Peonies were a highlight in the gardens at Monticello during Historic Garden Week in Virginia. The Common or European Peony, Paeonia officinalis, was found in the gardens of France and Britain since the 16C, when they were grown in the medicinal gardens of monasteries. Philadelphia nurseyman John Bartram sent several peonies to the Lambolls of Charleston, SC in 176,1 and Jefferson listed the "piony" among his "hardy perennials flowers" as early as 1771. 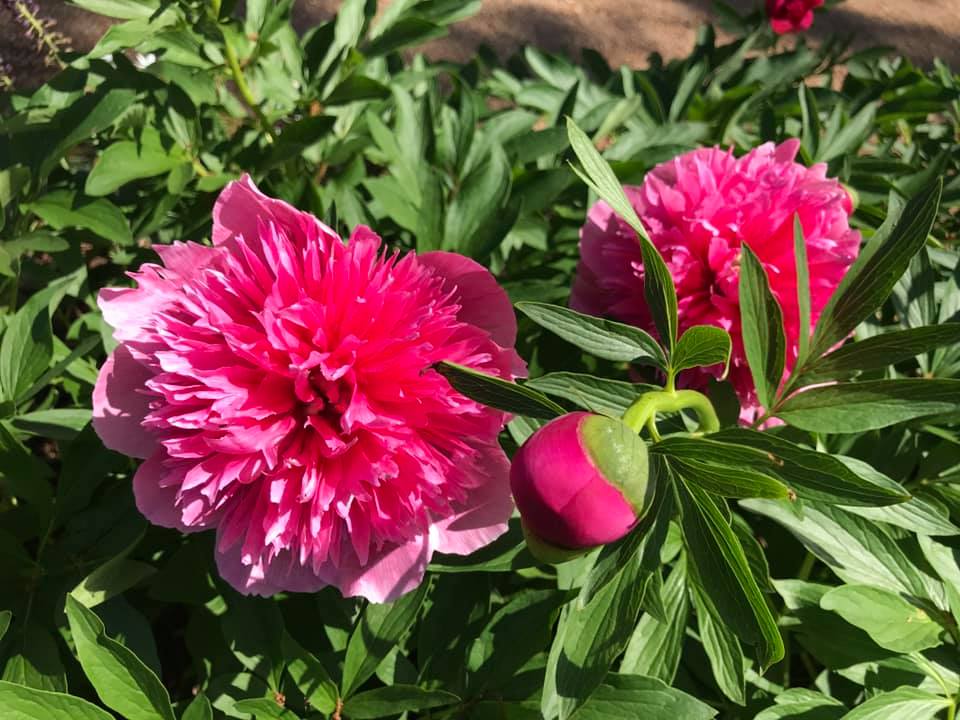