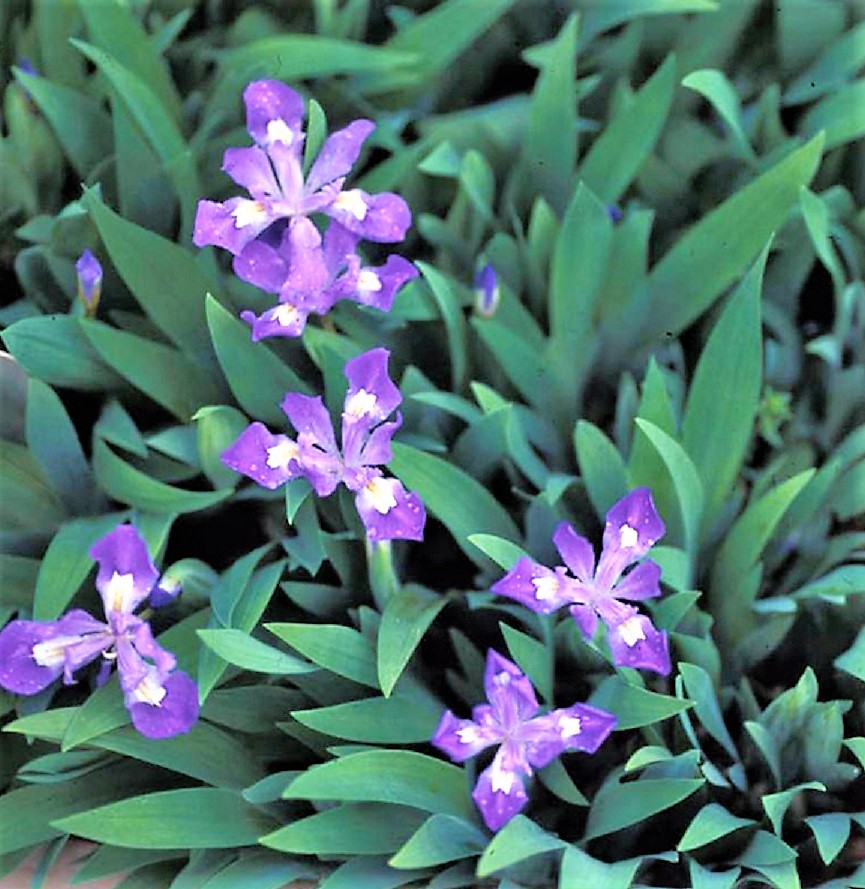 This charming woodland iris is native to the eastern North American deciduous forest where it often grows on rocky slopes. Peter Collinson, an English patron and regular correspondent of John Custis from Williamsburg and the Bartrams of Philadelphia, grew this plant from roots sent to him during the mid 18th century.
In 1766 Jefferson began his Garden Book with observations of wildflowers along the Rivanna River, including the “Dwarf flag” flowering May 4th “in our woods.” Dwarf crested iris spreads slowly creating large mats of handsome light green foliage that deer do not find attractive. A white form, Iris cristata ‘Alba’, also occurs in the wild.