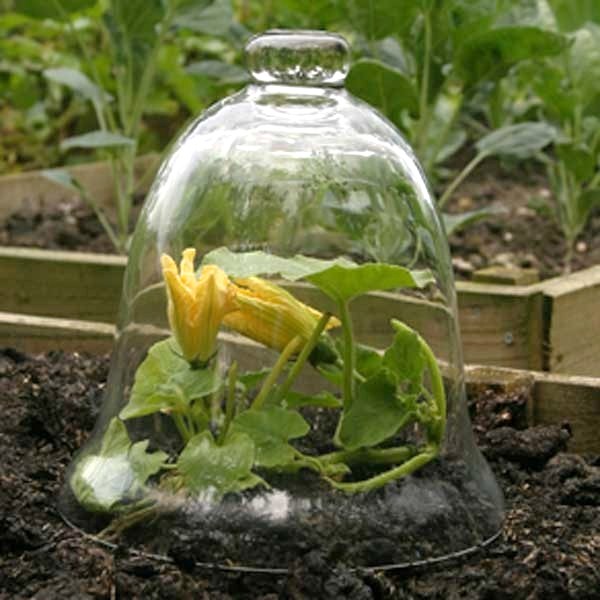 About 1630, blown-glass cloches were first mentioned in gardening treatises. John Evelyn (1620-1706) included bell glasses in his Elysium Britannicum, or The Royal Gardens in Three Books. The classic garden cloche is a bell-shaped glass vessel with an open bottom.   A 2007 excavation in Northamptonshire, England, revealed bell domes providing evidence for the use of garden glassware during the latter stages of post-medieval Roman occupation.  In his 1732 Gardener's Dictionary, Philip Miller wrote of putting bell glasses over cauliflowers.  By this period in the British American colonies, Miller was deemed the authority on gardens & his books were plentiful along the Atlantic coast. 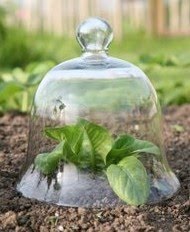 In the December 23, 1737 Virginia Gazette, an item about a horse dying because it cut its knee by falling on a garden bell glass is the earliest mention I can find of the bell glass in the colonies.

A 1970 archaeological dig in Williamsburg, Virginia, unearthed 2 knobs & one folded rim fragment from large gardem bell glasses made from the normal bottle glass metal. Fragments of at least 12 such garden glasses were found at one site & were believed to have come from the John Custis site. Custis was an avid gardener. Fragments of similar glasses have been excavated in Williamsburg at the Governor's Palace, Peter Hay's Shop, the Raleigh Tavern, the Wythe House, & John Carter's Store.

Historical records indicate that bell-glasses were made in Pennsylvania as early as 1767, at Henry William Stiegel’s glasshouse in Manheim.  Called a “glasshouse” by Stiegel, the 1st glass was blown there in late 1764.  Stiegel hired skilled workmen from the European glassmaking centers, who would have been acquainted with making garden bell glasses. Newspaper advertising brought customers from New York, & Boston, as well as from nearby towns in Pennsylvania.

By 1775, the Philadelphia Glass Works of Kensington advertised bell glasses, along with other wares, in the Pennsylvania Packet.

On April 16, 1796, bell glasses were for sale from the Albany Glass Factory according to the Herald newspaper in the city of New York. The glassworks was founded by Leonard de Neufville, who recruited experienced glass workers from Germany. 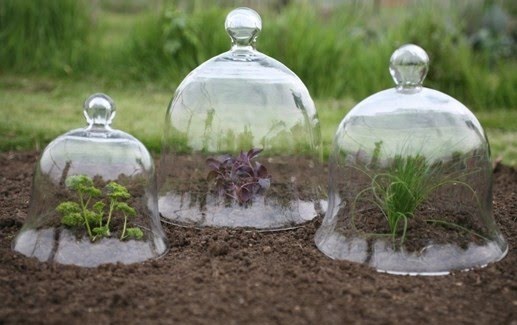 Using an incubating cloche in the early spring or late fall garden is an ideal way to protect infant seedlings. When unpredictable spring weather offers up a cold snap or chance of frost, the vigilant cloche acts as a miniature greenhouse. 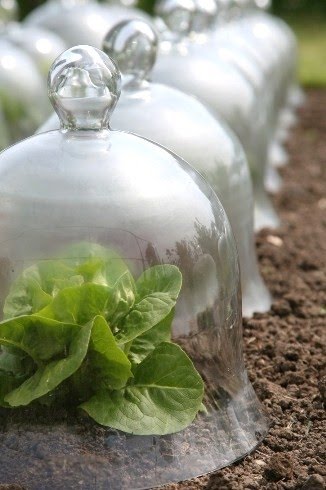 Cloches hold in heat & moisture and offer shelter during bursts of strong spring winds.  Using a cloche, when delicate plants are their most vulnerable, is a totally organic way to protect them from deer, birds, slugs, & other pests, which abound up here in our woods. 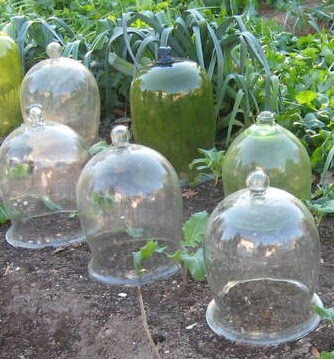 One problem with the glass bell is that on particularly sunny days, that covered young plants might scorch in the hot sun. 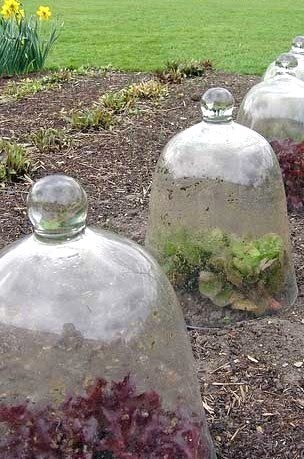 During high humidity, the gardener should also be on the lookout for mildew. When it’s particularly hot or moist, the gardener can temporarily remove the cloche or prop it up with a stick or small rock to let a bit of heat out & to allow the air to circulate. 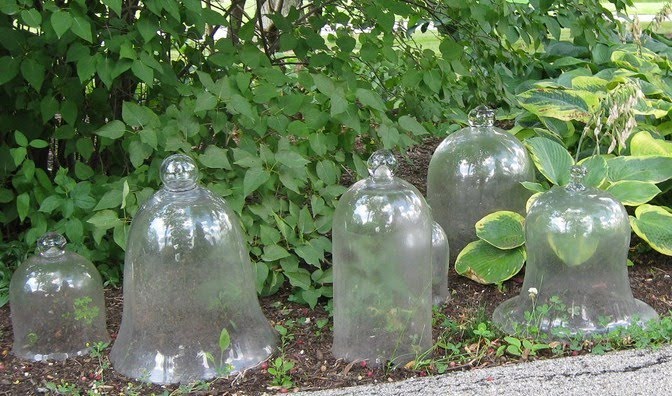 In spring, delicate young seedlings can be planted out weeks earlier than would otherwise be feasible under the protection of a prudent cloche. Using a cloche will also extend the season for crops in the autumn by up to 3 weeks. 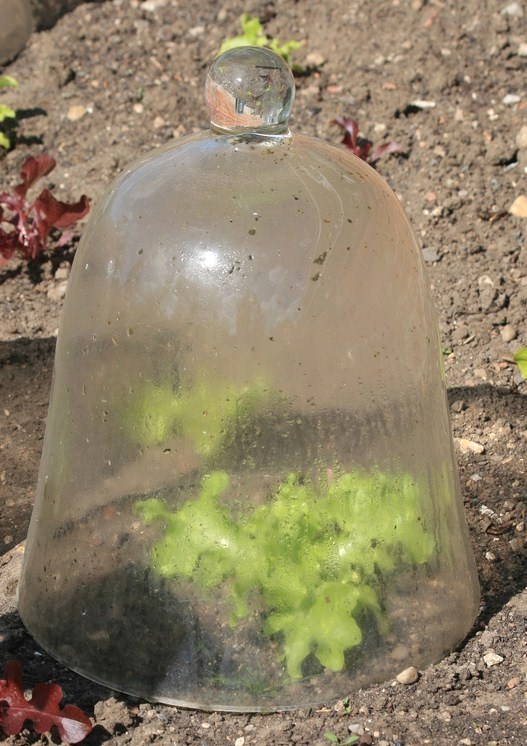 The curved shape allows the surface of the cloche to always be perpendicular to the direction of the sun thereby achieving minimum refraction & maximum penetration of light. A very simple but efficient tool. 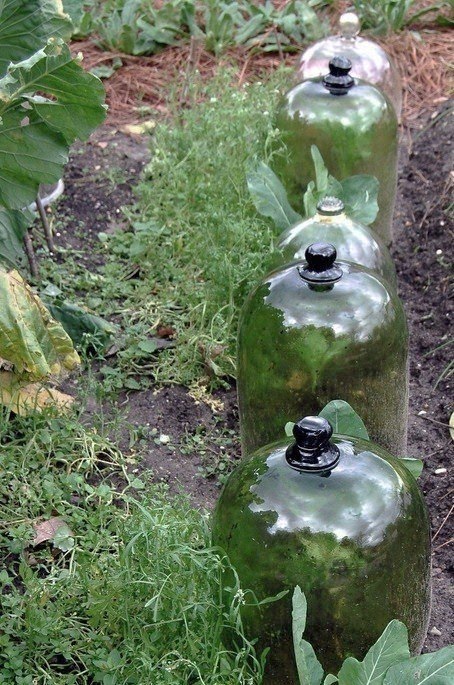 The obvious limitation of a bell cloche is its capacity. A cloche is usually capable of covering only a single plant or a tiny collection of small seedlings. For gardening on a larger scale the cloche becomes somewhat impractical, but it always remains beautiful. A number of garden bell glasses or cloches appear in this print for of the London & Greenwich Railway, 1835.