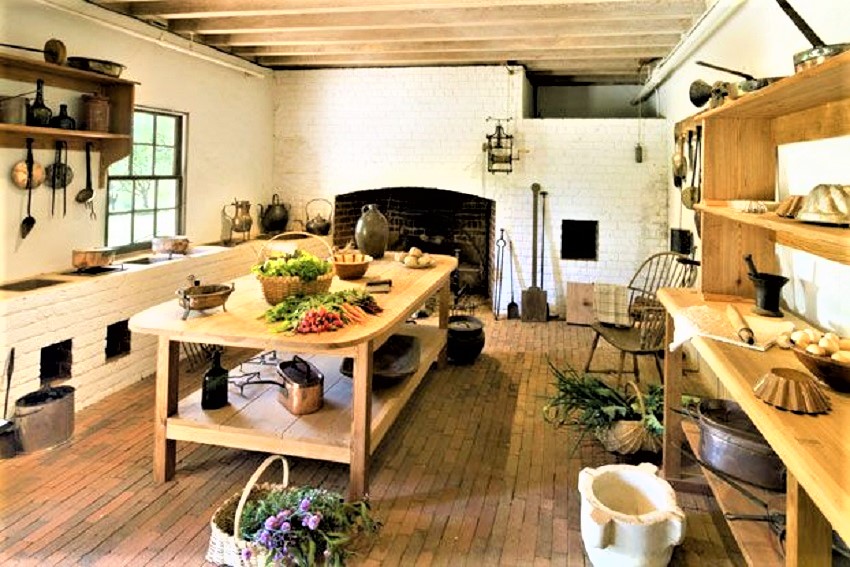 Monticello's kitchen, restored to its 1809 configuration

Frances (Fanny) Hern was the daughter of Edward and Jane Gillette, enslaved farm laborers who had twelve children. While Thomas Jefferson was president, the family worked in the fields for a tenant on the Monticello plantation.

Fanny married David (Davy) Hern, who worked at Monticello as an enslaved nailmaker, blacksmith, and wagon driver. In 1806, Thomas Jefferson decided that Fanny and Edith Hern Fossett, Davy’s sister, should go to the White House and train to be cooks. They traveled the 120 mile journey in a cart pulled by two mules.

In 1809, Jefferson retired from the presidency and left the White House. Fanny, Davy, Edith, and Edith’s children traveled back to Monticello through a snow storm “half-leg deep.” Fanny was pregnant. That summer, her daughter Ellen was born. Fanny and Davy had eight children; however, five died at a young age

Fanny continued to work as a cook in the Monticello kitchen, located under the south terrace. She and Edith, the head chef, cooked on “iron stew holes mounted in a brick base”, which resembled an early kitchen stove. They prepared vegetables, roasted meat and churned ice cream, a favorite dessert at Monticello. Jefferson’s guest praised the meals: “The dinner is always choice and served in the French style.”

Research & images & much more are directly from the Monticello website - to begin exploring, just click the highlighted acknowledgment above.