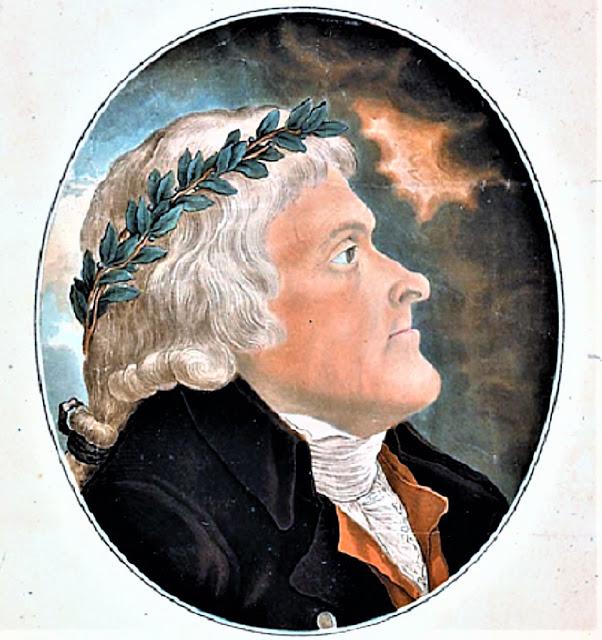 Thomas Jefferson by Tadeusz Andrzej Bonawentura Kosciuszko (1746 - 1817)
1791 February 9.  (Jefferson to Martha Jefferson Randolph).  "I hope you are getting well, towards which great care of yourself is necessary: for however adviseable it is for those in health to expose themselves freely, it is not so for the sick. You will be out in time to begin your garden, and that will tempt you to be out a great deal, than which nothing will tend more to give you health and strength."
Martha "Patsy" Jefferson Randolph (1772-1836) was the eldest daughter of Thomas Jefferson, the third President of the United States, & his wife, Martha Wayles Skelton Jefferson. She was born at Monticello, near Charlottesville, Virginia. Her mother died when she was 10 years old, when only two out of her five siblings were alive. By 1804, she was the lone surviving sibling. Martha was very close to her father in his old age. She was the only one of his children, with his wife Martha, to survive past the age of 25. Patsy had a close relationship with her father, who saw that she had a good education. She spoke four languages & was greatly influenced by the education she received, in a Paris convent school, with daughters of the French elite.
Research & images & much more are directly available from the Monticello.org website.
at 4:00 AM