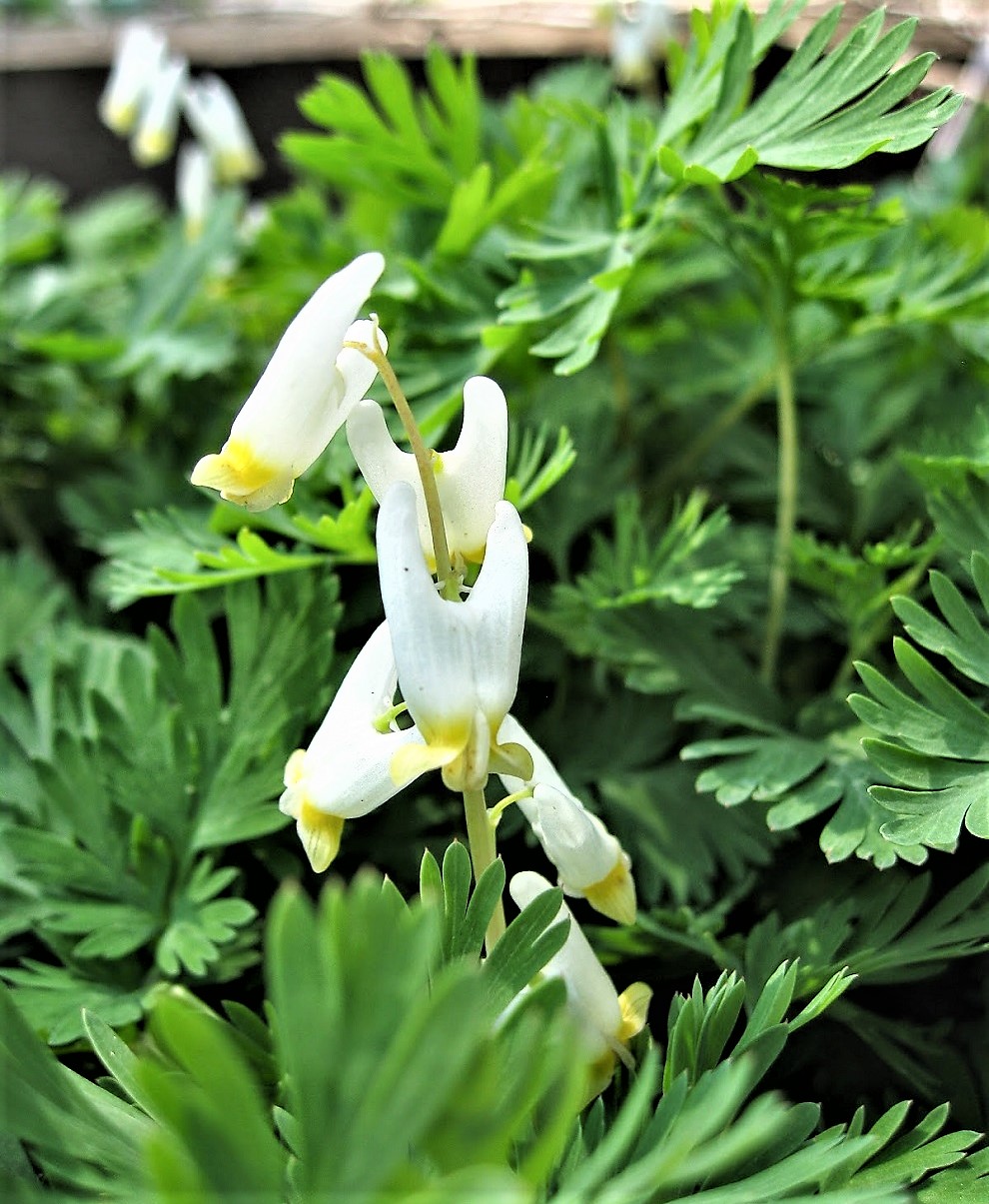 We have 2 local spring wildflowers that are very similar: Dutchman's Breeches Dicentra cucullaria & Squirrel Corn Dicentra canadensis. This makes sense as they are after all in the same genus, the name referring to their flowers having 2 spurs. Both are spring ephemerals (blooming & reproducing before the trees completely leaf out, then going dormant underground). Both have toxic leaves (another name for both is "Lambkill") that protect them from many herbivores. Both are myrmecochorous, having their seeds dispersed by ants. Both are primarily pollinated by long-tongued bees like bumblebees, have white flowers, & very similar leaves. Both like to grow in moist, often riparian woodlands as well. They also have some differences however that are apparent, particularly when they are in flower.

Dutchman's Breeches are the more common of the 2 & they also tend to bloom a week or two earlier. Their most common name comes from the flowers resembling pantaloons hanging out to dry. These plants tend to form small colonies. They usually have two compound leaves per flower stem that are longer than their look-alike cousin..

Squirrel Corn is less commonly seen & tends to bloom a week or 2 later. Their most common name is derived from their yellow clusters of bulblets just below the soil surface. They are also called White Bleeding Hearts, & the heart-like flowers are the most obvious difference between them & Dutchman's Breeches. They also normally have only 1, shorter compound leaf per flower stem.

Both these flowers are open right now, their bloom times briefly overlapping this year. Go check out their differences in person. But hurry, or you will have to wait another year before they emerge & flower again. 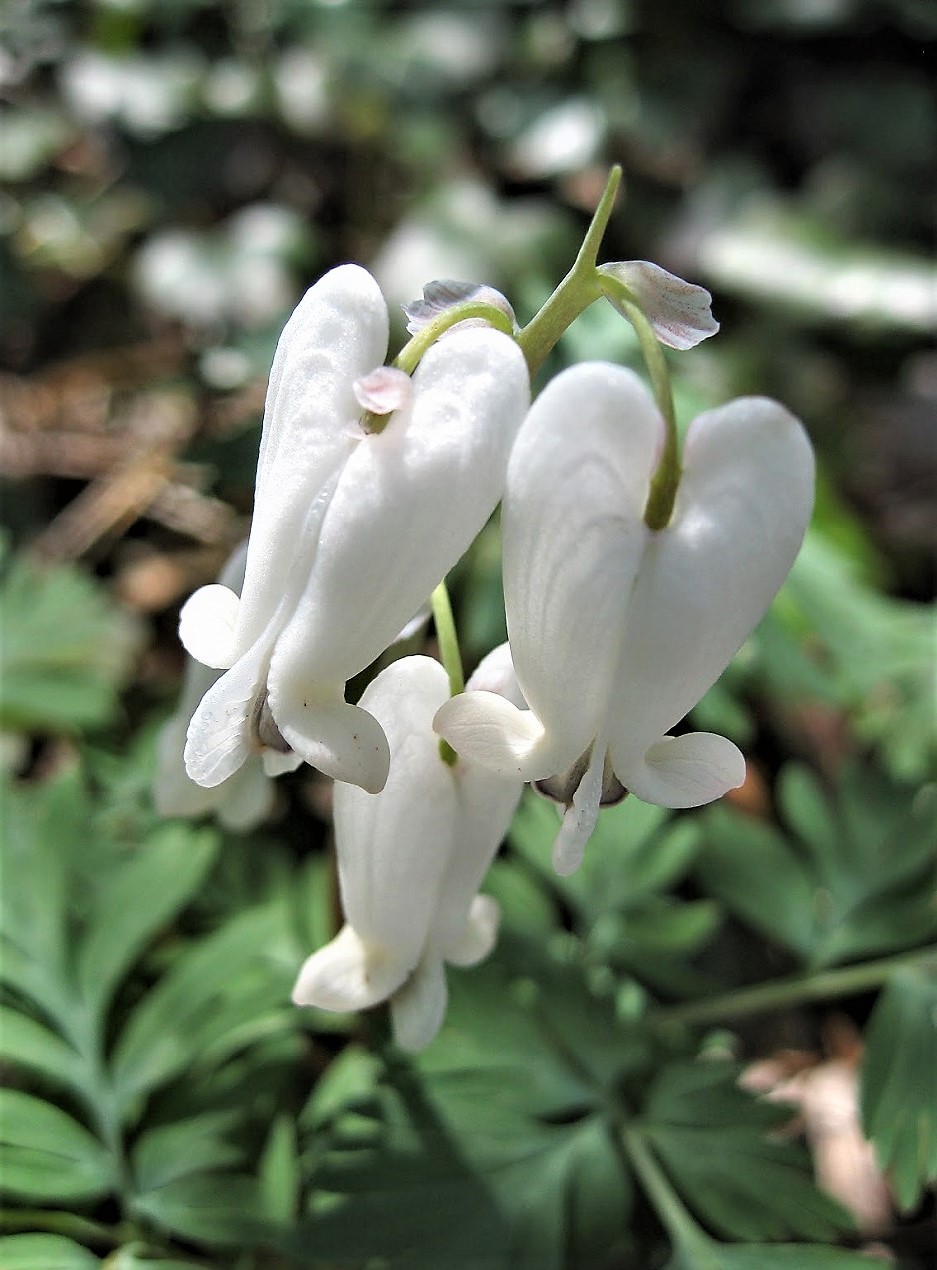 Blogroll - All Blogs listed here are by Barbara W Sarudy