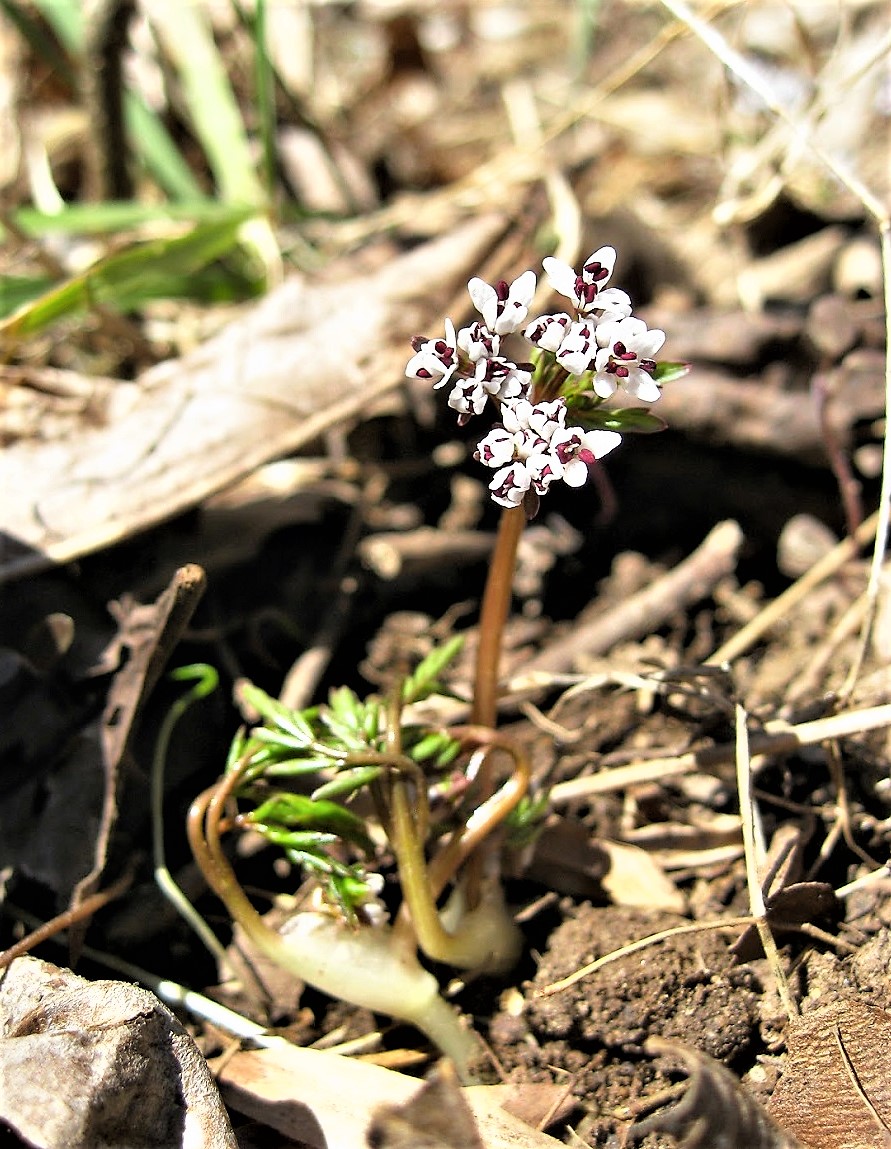 One of the earliest of our native native wildflowers to bloom is the tiny spring ephemeral called Harbinger-of-Spring, or Pepper-and-Salt (Erigenia bulbosa). It sometimes blooms as early as February, sending up a small umbel of white flowers with red anthers that soon turn black (and giving the pepper & salt appearance)...This fleeting wildflower is actually in the carrot family & its bulbous minuscule root is edible. The Cherokee also used the plant as a treatment for toothaches. Although it is easy to overlook, it is none-the-less not considered common in most locations, & since eating its root kills the plant, that is strongly discouraged. A certain mining bee, &rena erigeniae, was said to need this plant's pollen in order to reproduce (an oligilectic relationship) & includes the plant's name in its own due to thie perceived relationship, but now many believe that though this bee likes to visit visit its flowers, it actually requires Spring Beauty (Claytonia spp.) pollen in order to reproduce.  Enjoy this early spring wildflower, knowing that it is among the first of many other spring ephemeral flowers soon to appear in our rich, dark, often moist, woods, a true Harbinger of Spring. 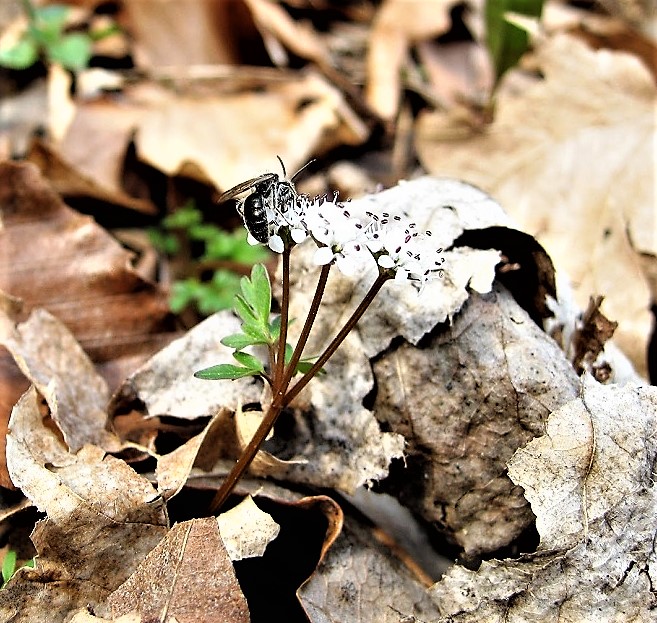 Harbinger of Spring is one of the first flowers available to early pollinators like this solitary bee
Posted by Barbara Wells Sarudy at 4:00 AM