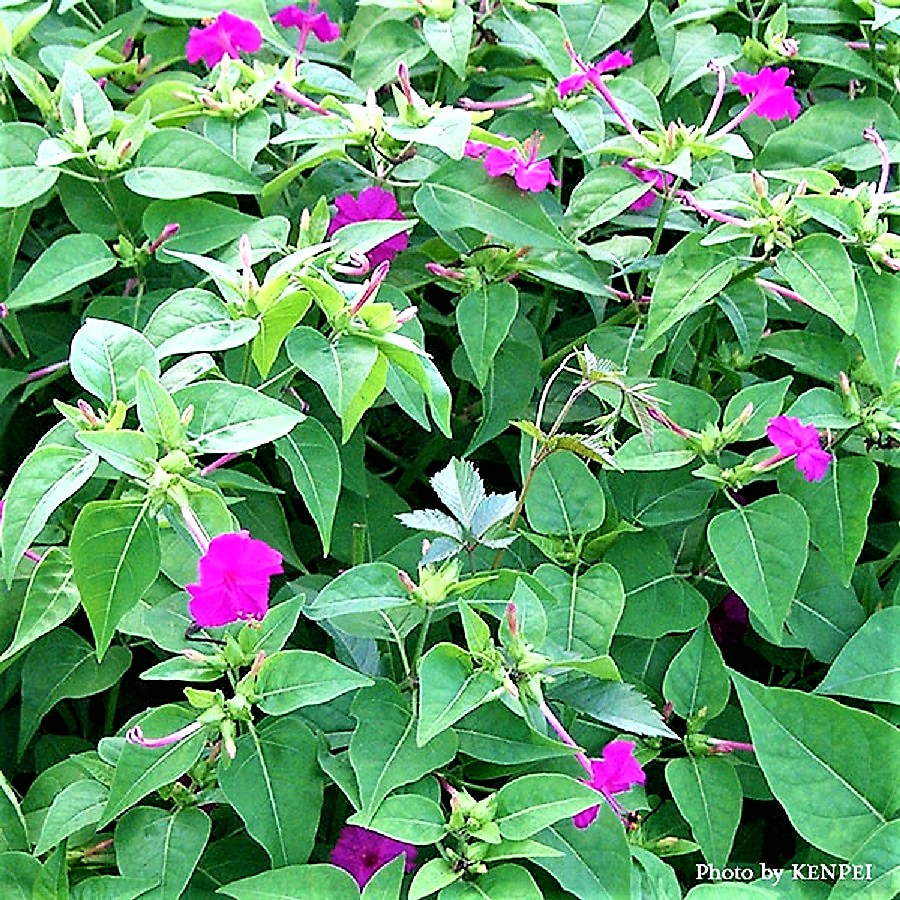 In July of 1767 Jefferson observed the blooms of his Four O'Clocks: "Mirabilis just opened, very clever." In 1811 he noted planting seed sent by André Thouin of the Parisian Jardin des Plantes in an oval flower bed at Monticello. The Four O'Clock, or Marvel of Peru, has long been cherished for the simple miracle of its flowers, which only open during low light periods such as in the late afternoon and on cloudy days. The plants bloom in a range of flower colors: red, purple, white, and yellow.