Buist was born near Edinburgh, Scotland, November 14, 1805. He was trained at the Edinburgh Botanic Gardens & sailed to America in August 1828. 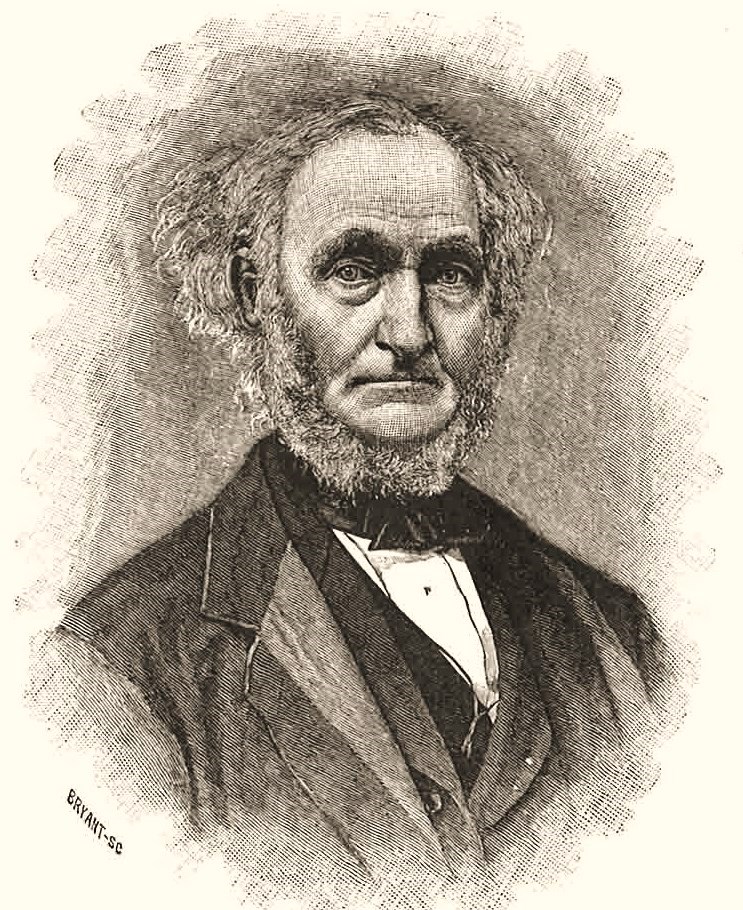 When he arrived in America, he was employed by David Landreth, & then took employment with Henry Pratt who owned Lemon Hill which was probably one of the finest gardens in the U.S. at the time.

He formed a partnership with Thomas Hibbert in 1830 in a florist business in Philadelphia. They imported rare plants & flowers, especially the rose.

After Hibbert’s death he began a seed business, along with the nursery & greenhouse business. The business in Philadelphia started out as Robert Buist's Seed Store, selling gardening supplies, potted plants, shrubs, small fruits, & rose bushes. By 1837, the growing business relocated to 12th Street below Lombard; & in1857, the company moved to a location on Market Street.  And in 1870, it expanded to 67th Street near Darby Road. The Buist farm, Bonaffon, was located in the section of Philadelphia through which Buist Avenue now runs.
Alfred M. Hoffy, lithographer. View of Robert Buist’s City Nursery & Greenhouses. Philadelphia Wagner & McGuigan, 1846.

Buist if often credited with introducing the Poinsettia into Europe, after he saw it at Bartram's Gardens in Philadelphia.  During Buist’s early training at the Edinburg Botanic Garden, he met James McNab, a scientist & artist who eventually became the garden’s director.  In the early 1830s, McNab traveled to America with retired nurseryman Robert Brown to study plants native to the United States. While in America, McNab visited his friend Buist in Philadelphia. When McNab met with Buist in 1834, he gave the Poinsettia plant to him to take back to Scotland. The garden’s director, Dr. Robert Graham introduced the plant into British gardens. 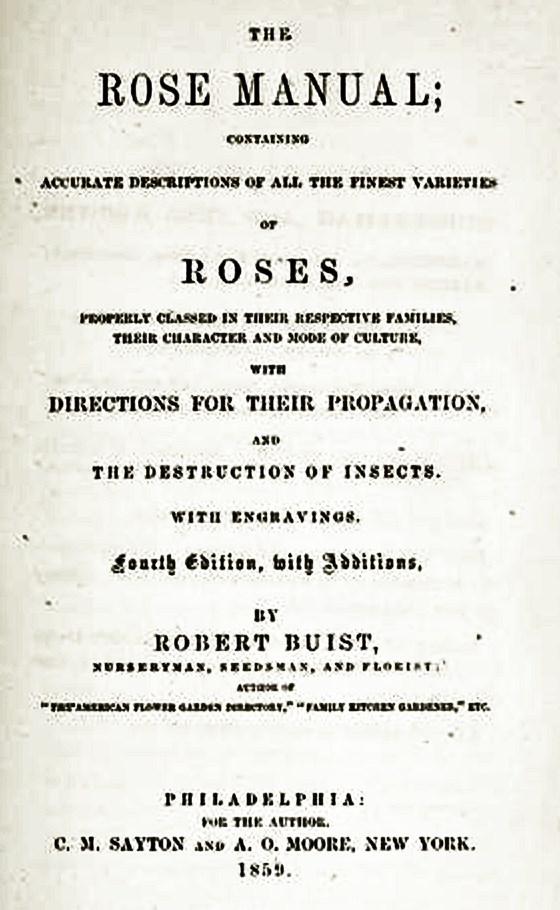 Buist was reknown for his roses & verbena.  He was also the author of several books & many catalogues of his plant offerings.  Among his books are The American Flower-Garden Directory (1832); The Rose Manual (1844, 6 editions); & The Family Kitchen-Gardener (c1847).

Buist was obsessed by roses.  Gardener & plant historian Alex Sutton tells us that Buist sailed to Europe every year or two to buy new rose hybrids being developed in Europe.  He purchased much of his stock from M. Eugene Hardy of the Luxembourg Gardens in Paris. In 1832, Buist saw 'Madame Hardy' for the first time & he wrote: "Globe Hip, White Globe, or Boule de Neige of the French, is an English Rose raised from seeds of the common white, a very pure white, fully double & of globular form. A few years ago it was considered 'not to be surpassed,' but that prediction, like many others, has fallen to the ground, & now 'Madame Hardy' is triumphant, being larger, fully as pure, more double, & an abundant bloomer; the foliage & wood are also stronger. The French describe it as 'large, very double pure white, & of cup or bowl form."  Buist introduced 'Madame Hardy' in Philadephia to his customers, many of whom must have been Philadelphia matrons, as he called them his Patronesses.

In 1839, Buist visited another of his suppliers, Jean-Pierre Vibert, of Lonjeameaux, near Paris, where he found 'Aimee Vibert'. He brought this rose back with him to Philadephia & wrote: "Aimee Vibert, or Nevia, is a beautiful pure white, perfect in form, a profuse bloomer, but though quite hardy doe snot grow freely for us; however, when budded on a strong stock it makes a magnificent standard, & blooms with a profusion not surpassed by any." 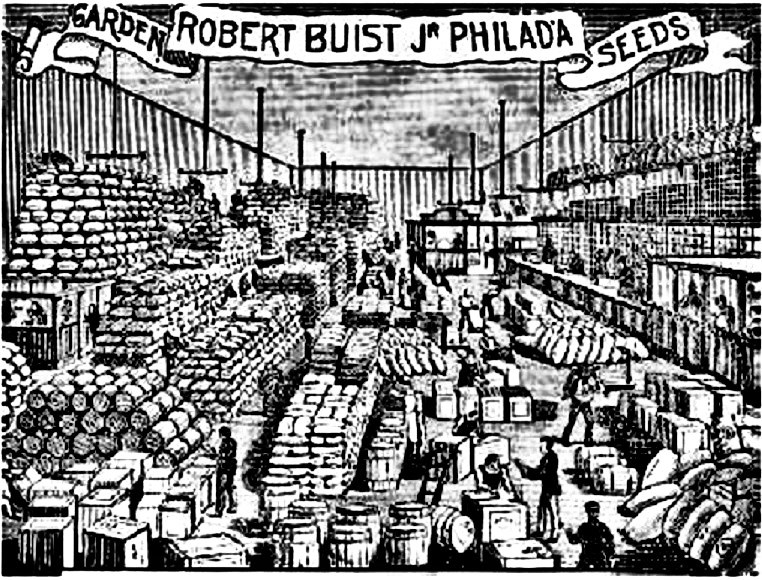 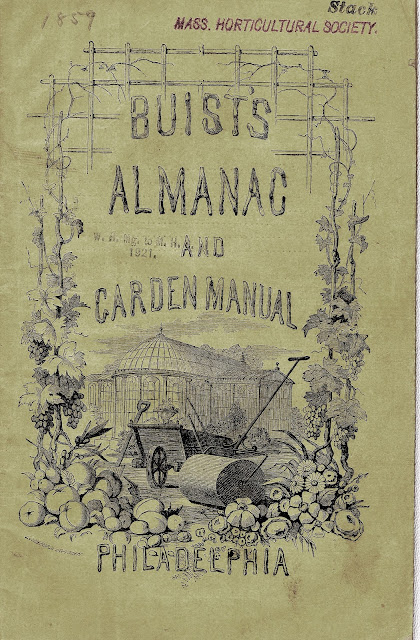 In his catalog of 1872 Buist wrote “Three of the celebrated ‘Gordon’s Printing Presses’ are kept constantly at work on seed bags, labels, & other printing matter required in our business, & the stock of type & other printing material we use is equal in extent to that required by some of our daily papers...“When we established ourselves in 1828, the Seed business in this country was in its infancy, the trade was really insignificant in comparison to what it is in the present day.”

He was active with the Pennsylvania Horticultural Society, treasurer from 1858-1862 & vice-president for twenty-two years. He died in Philadelphia, July 13, 1880.  The family business was carried on by his son, Robert, Jr.
at 4:00 AM