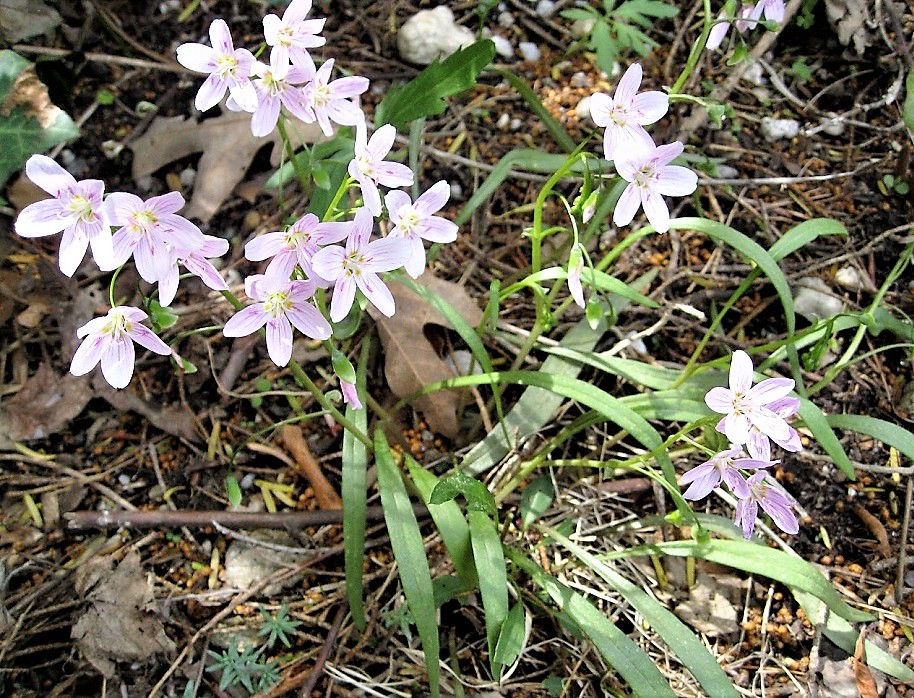 The appropriately named Virginia Spring Beauties (Claytonia virginica) are indeed beautiful, if small, spring ephemerals: growing leaves, blooming, & producing seeds before the trees fully leaf out & then disappearing until the next spring. Their scientific name was assigned by Linnaeus himself in honor of John Clayton, one of Virginia's earliest naturalists. They can be quite abundant, blanketing open woodlands so thickly they sometimes look like snow. Carolina Spring Beauty (Claytonia caroliniana) is another species that grows in the mountains West of our region. The plants send up only one grass-like leaf during years they do not flower, two or more otherwise. The flowers themselves close up & point downwards to protect their nectar on overcast days & at night.

More species of insects have been documented visiting Spring Beauties than any other spring ephemeral studied so far. The flowers show much variation & have nectar guides that appeal to many pollinators. Although each individual flower only lasts about a week (producing pollen solely the first day & nectar the remainder of the time so as to help prevent self-pollination), as a species they can bloom for quite a long time, from February through May. This allows more opportunities for different insects to visit as well as rewarding those who do. This includes a native solitary bee, &rena erigeniae which is olgolectic, meaning it requires the pollen from this flower or it can't reproduce. Though it can visit other flowers for nectar, its young need the pollen from this flower to grow. So close is this association that the flowers open only when temperatures & conditions are high enough for the bee (and other early pollinators) to be flying.  Once pollinated, the seeds "explode" as far as two feet before being dispersed by ants. They grow special attachments on their seed coats (called elaisomes) that are attractive to many species of ants in a process known as "myrmecochory." 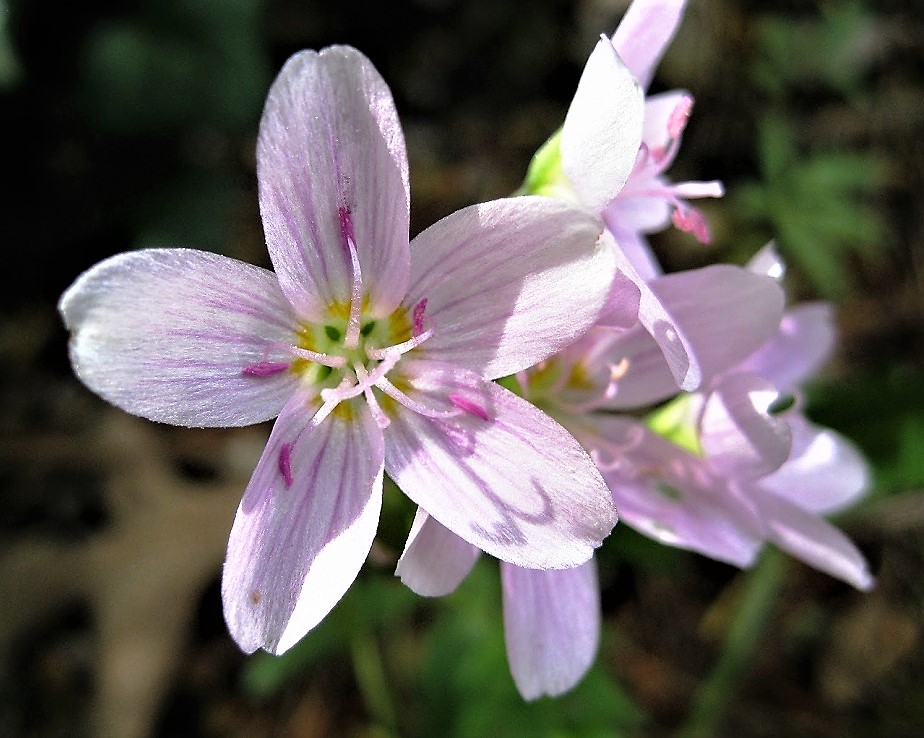 Spring Beauties are sometimes called "Fairy Spuds." This is due to the small, marble-sized tuber (corm) that forms their roots. These are quite tasty, I must admit, were a favorite food of many indigenous tribes (and modern foragers, raw or cooked) wherever they grew, as were the leaves. Eating the root of course kills the plant however, so it is best to leave them to the numerous insects that need them instead.
at 3:00 PM