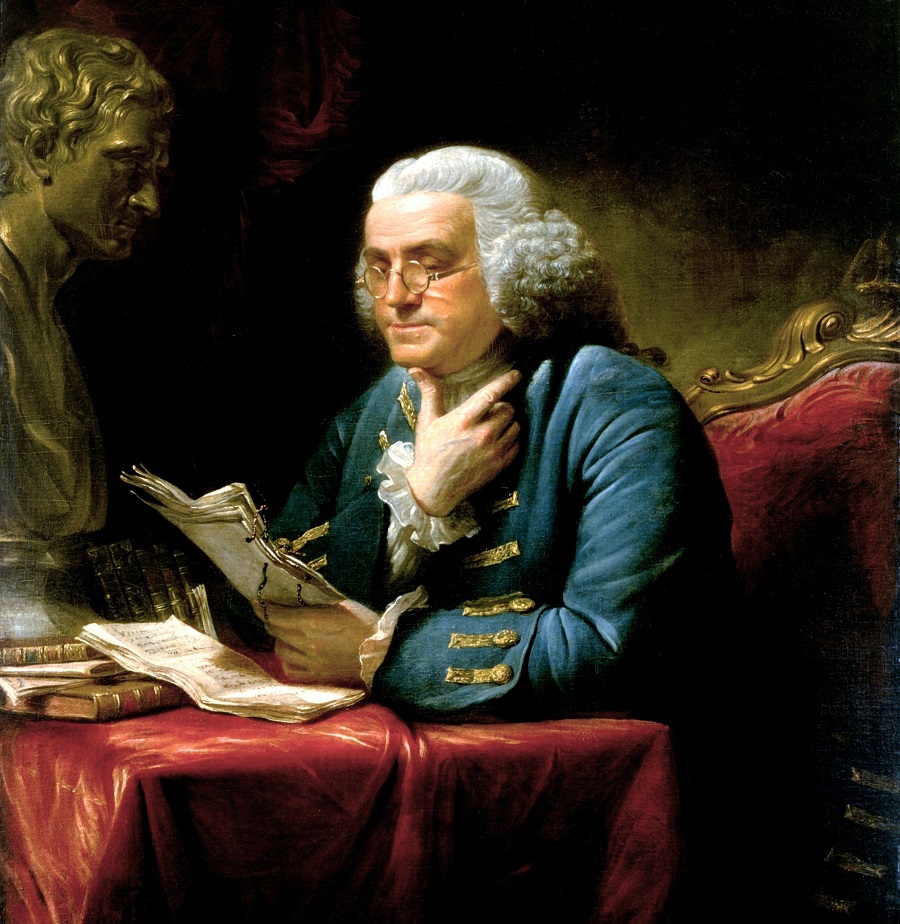 Benjamin Franklin wrote of Versailles to his daughter Polly on September 14, 1767:

"Versailles has had infinite Sums laid out in Building it and Supplying it with Water: Some say the Expence exceeded 80 Millions Sterling. The Range of Building is immense, the Garden Front most magnificent all of hewn Stone, the Number of Statues, Figures, Urns, &c in Marble and Bronze of exquisite Workmanship is beyond Conception.

"But the Waterworks are out of Repair, and so is great Part of the Front next the Town, looking with its shabby half Brick Walls and broken Windows not much better than the Houses in Durham Yard.

"There is, in short, both at Versailles and Paris, a prodigious Mixture of Magnificence and Negligence, with every kind of Elegance except that of Cleanliness, and what we call Tidyness."
1668 Pierre Patel (French artist, 1605-1676) Versailles

Just over a century later, Samuel Langhorne Clemens (Mark Twain) wrote of Versailles in his 1869 The Innocents broad:

"Versailles! It is wonderfully beautiful! You gaze, and stare, and try to understand that it is real, that it is on the earth, that it is not the Garden of Eden—but your brain grows giddy, stupefied by the world of beauty around you, and you half believe you are the dupe of an exquisite dream. The scene thrills one like military music!

"A noble palace, stretching its ornamented front block upon block away, till it seemed that it would never end; a grand promenade before it, whereon the armies of an empire might parade; all about it rainbows of flowers, and colossal statues that were almost numberless, and yet seemed only scattered over the ample space; broad flights of stone steps leading down from the promenade to lower grounds of the park—stairways that whole regiments might stand to arms upon and have room to spare; vast fountains whose great bronze effigies discharged rivers of sparkling water into the air and mingled a hundred curving jets together in forms of matchless beauty; wide grass-carpeted avenues that branched hither and thither in every direction and wandered to seemingly interminable distances, walled all the way on either side with compact ranks of leafy trees whose branches met above and formed arches as faultless and as symmetrical as ever were carved in stone; and here and there were glimpses of sylvan lakes with miniature ships glassed in their surfaces.

"And every where—on the palace steps, and the great promenade, around the fountains, among the trees, and far under the arches of the endless avenues, hundreds and hundreds of people in gay costumes walked or ran or danced, and gave to the fairy picture the life and animation which was all of perfection it could have lacked. 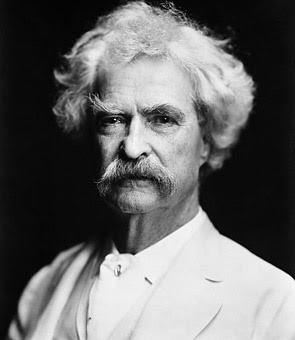 "It was worth a pilgrimage to see. Everything is on so gigantic a scale. Nothing is small—nothing is cheap. The statues are all large; the palace is grand; the park covers a fair-sized county; the avenues are interminable. All the distances and all the dimensions about Versailles are vast. I used to think the pictures exaggerated these distances and these dimensions beyond all reason, and that they made Versailles more beautiful than it was possible for any place in the world to be. I know now that the pictures never came up to the subject in any respect, and that no painter could represent Versailles on canvas as beautiful as it is in reality. I used to abuse Louis XIV for spending two hundred millions of dollars in creating this marvelous park, when bread was so scarce with some of his subjects; but I have forgiven him now. He took a tract of land sixty miles in circumference and set to work to make this park and build this palace and a road to it from Paris. He kept 36,000 men employed daily on it, and the labor was so unhealthy that they used to die and be hauled off by cartloads every night. The wife of a nobleman of the time speaks of this as an "inconvenience," but naively remarks that "it does not seem worthy of attention in the happy state of tranquillity we now enjoy."

"I always thought ill of people at home who trimmed their shrubbery into pyramids and squares and spires and all manner of unnatural shapes, and when I saw the same thing being practiced in this great park I began to feel dissatisfied. But I soon saw the idea of the thing and the wisdom of it. They seek the general effect. We distort a dozen sickly trees into unaccustomed shapes in a little yard no bigger than a dining room, and then surely they look absurd enough. But here they take two hundred thousand tall forest trees and set them in a double row; allow no sign of leaf or branch to grow on the trunk lower down than six feet above the ground; from that point the boughs begin to project, and very gradually they extend outward further and further till they meet overhead, and a faultless tunnel of foliage is formed. The arch is mathematically precise. The effect is then very fine. They make trees take fifty different shapes, and so these quaint effects are infinitely varied and picturesque. The trees in no two avenues are shaped alike, and consequently the eye is not fatigued with anything in the nature of monotonous uniformity. I will drop this subject now, leaving it to others to determine how these people manage to make endless ranks of lofty forest trees grow to just a certain thickness of trunk (say a foot and two-thirds); how they make them spring to precisely the same height for miles; how they make them grow so close together; how they compel one huge limb to spring from the same identical spot on each tree and form the main sweep of the arch; and how all these things are kept exactly in the same condition and in the same exquisite shapeliness and symmetry month after month and year after year—for I have tried to reason out the problem and have failed.

"We walked through the great hall of sculpture and the one hundred and fifty galleries of paintings in the palace of Versailles, and felt that to be in such a place was useless unless one had a whole year at his disposal. These pictures are all battle scenes, and only one solitary little canvas among them all treats of anything but great French victories. We wandered, also, through the Grand Trianon and the Petit Trianon, those monuments of royal prodigality, and with histories so mournful—filled, as it is, with souvenirs of Napoleon the First, and three dead kings and as many queens. In one sumptuous bed they had all slept in succession, but no one occupies it now. In a large dining room stood the table at which Louis XIV and his mistress Madame Maintenon, and after them Louis XV, and Pompadour, had sat at their meals naked and unattended—for the table stood upon a trapdoor, which descended with it to regions below when it was necessary to replenish its dishes. In a room of the Petit Trianon stood the furniture, just as poor Marie Antoinette left it when the mob came and dragged her and the King to Paris, never to return. Near at hand, in the stables, were prodigious carriages that showed no color but gold—carriages used by former kings of France on state occasions, and never used now save when a kingly head is to be crowned or an imperial infant christened. And with them were some curious sleighs, whose bodies were shaped like lions, swans, tigers, etc.—vehicles that had once been handsome with pictured designs and fine workmanship, but were dusty and decaying now. They had their history. When Louis XIV had finished the Grand Trianon, he told Maintenon he had created a Paradise for her, and asked if she could think of anything now to wish for. He said he wished the Trianon to be perfection—nothing less. She said she could think of but one thing—it was summer, and it was balmy France—yet she would like well to sleigh ride in the leafy avenues of Versailles! The next morning found miles and miles of grassy avenues spread thick with snowy salt and sugar, and a procession of those quaint sleighs waiting to receive the chief concubine of the gaiest and most unprincipled court that France has ever seen!"
at 4:00 AM