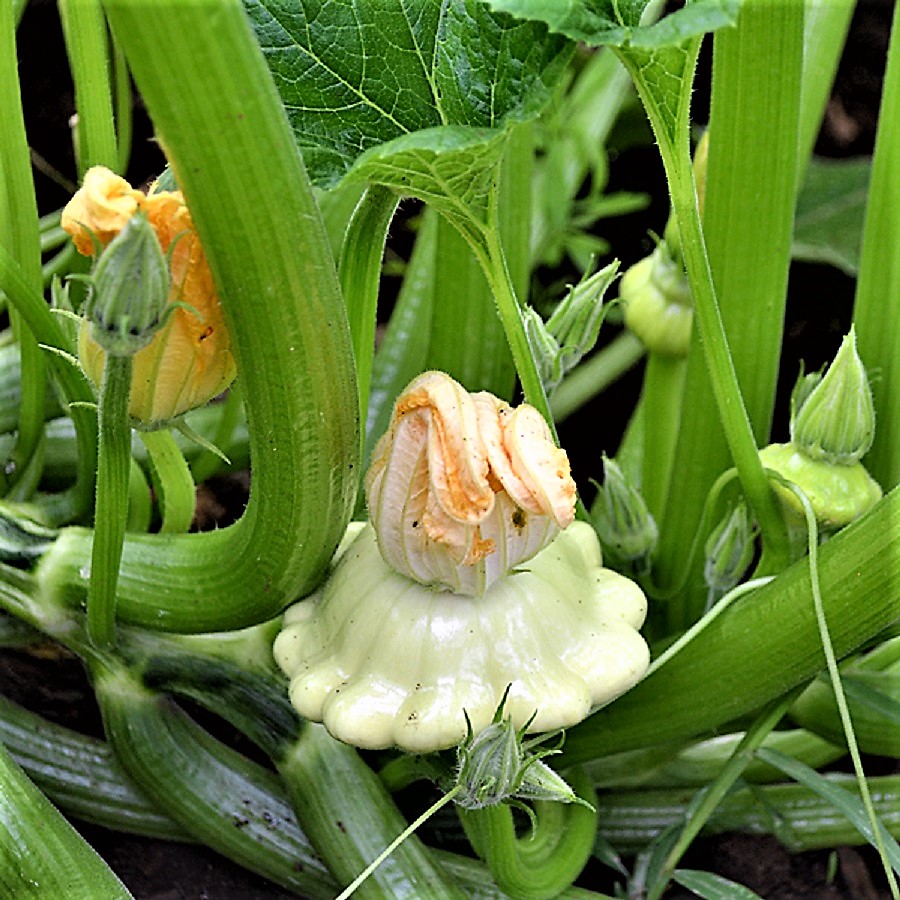 Commonly called Pattypan Squash, this variety originated among the Native North Americans. Cymlings were well-known in the colonies by the 1790s and Jefferson said they were “one of our finest and most innocent vegetables.” They were frequently grown in his retirement garden as well as in the gardens of Monticello’s enslaved African Americans, and were used in soups and stews with butter, salt, and pepper.