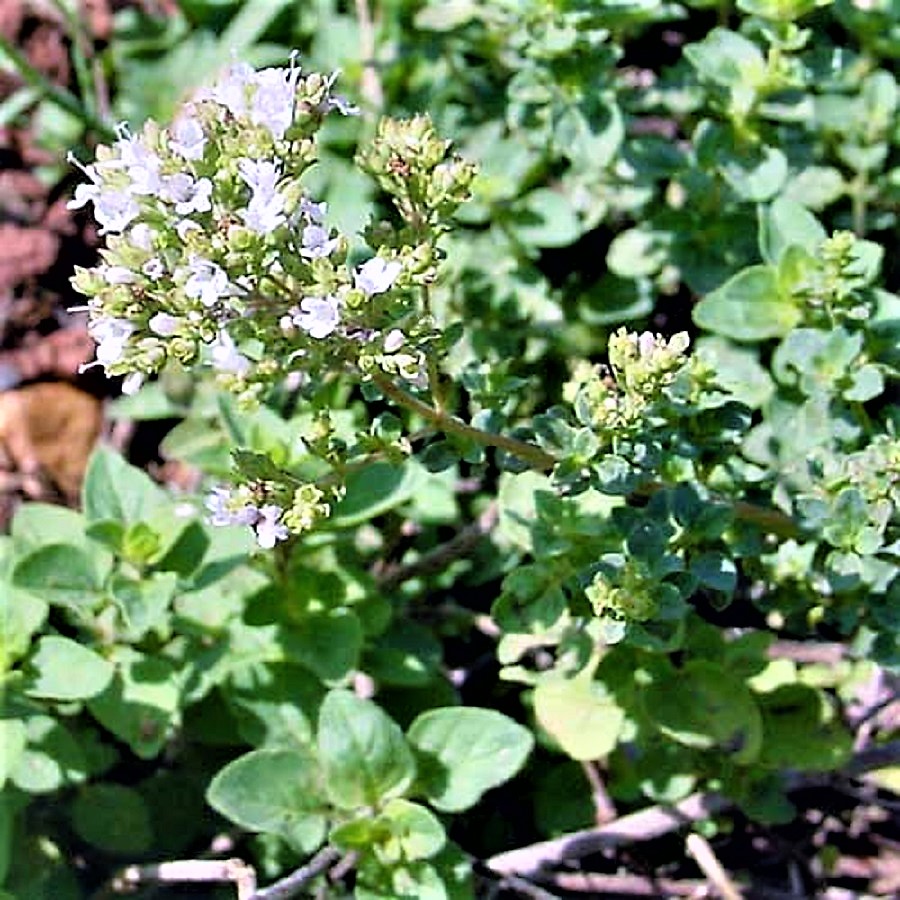 Greek Oregano, native to Greece and Turkey, bears especially flavorful leaves and has a long history of culinary use. Philadelphia nurseryman Bernard McMahon listed Winter Sweet Marjoram (O. heracleoticum), a synonym of Greek Oregano, in The American Gardener’s Calendar (1806). In 1820, George Divers sent Jefferson “Marjoram,” which was another name for Oregano at the time, instead of the “Sweet Marjoram” (Origanum hortensis) requested by Jefferson.