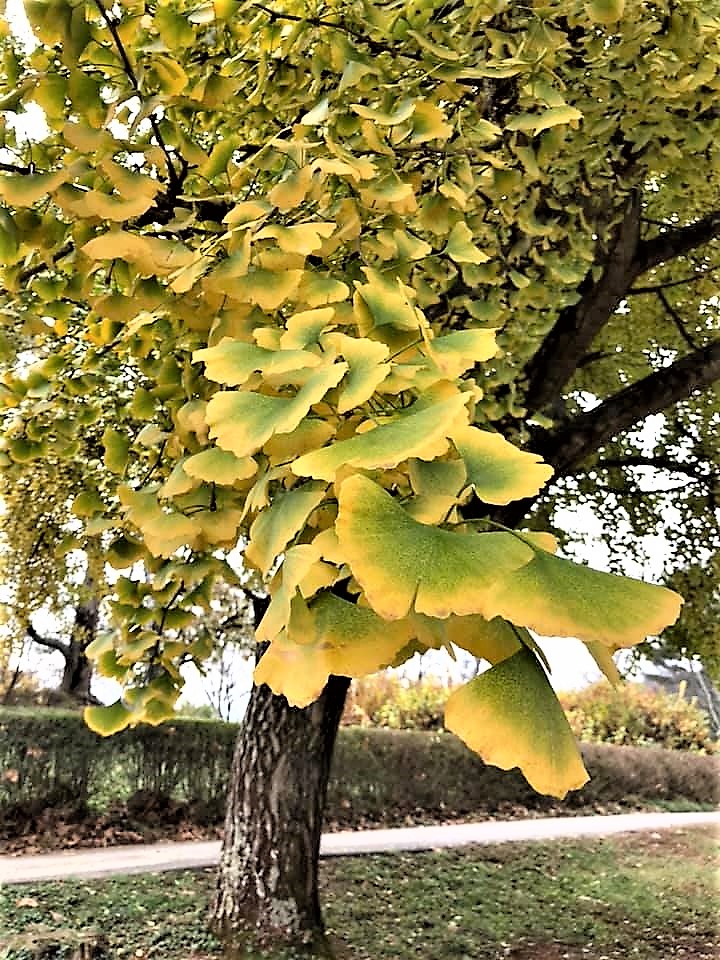 Peggy Cornett, who is Curator of Plants at Thomas Jefferson's Monticello in Virginia, tells us that -

The male and female Ginkgoes at Monticello are showing their golden fall color. In 1806, William Hamilton wrote to Thomas Jefferson that he intended to send him three trees that he thought Jefferson would "deem valuable additions" to his garden. Ginkgo biloba or the China Maidenhair tree was one of the three. Hamilton went on to say that it produced a "good eatable nut."   The Gingko is a large, hardy, deciduous tree with delicate, fan-shaped leaves that turn bright yellow in fall, and it has been used medicinally for thousands of years. The female trees produce edible fruit, which many find malodorous. 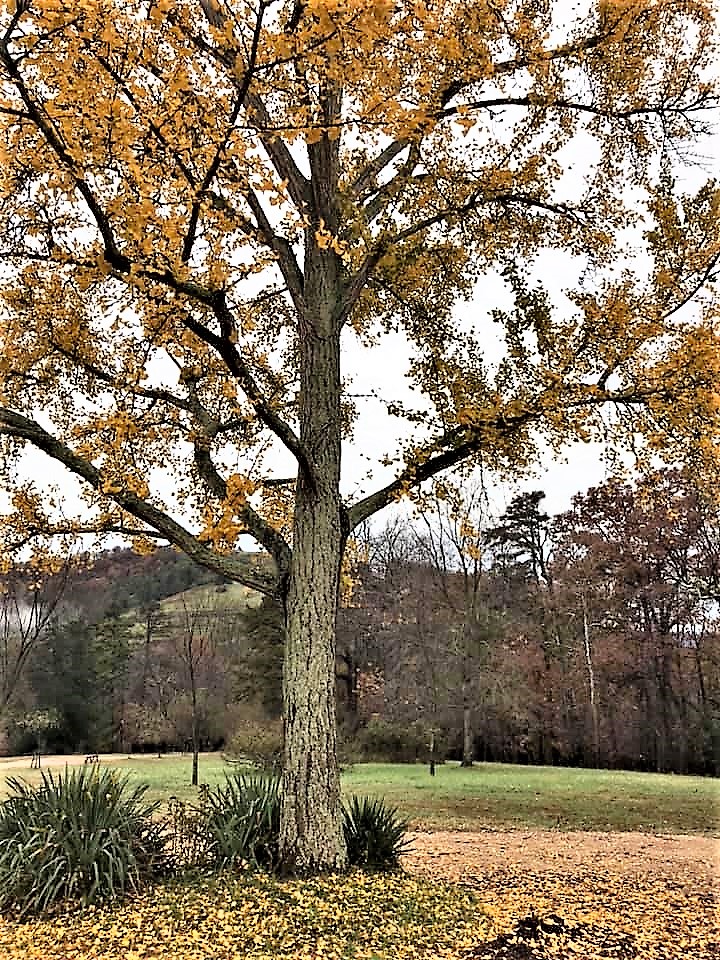 For more information & the possible availability for purchase
Contact The Tho Jefferson Center for Historic Plants or The Shop at Monticello
Posted by Barbara Wells Sarudy at 5:00 AM